Back in May over the first weekend of the month, George and I made a trip to Amsterdam with our new American friends, Jared and Rachel. None of us had been to Amsterdam before and it seemed like it would be an easy place to drive to over the bank holiday weekend.

But it turned out to be so much better than we expected. I mean I know all of the usual reasons someone would visit Amsterdam, only I never thought it would be so pretty! 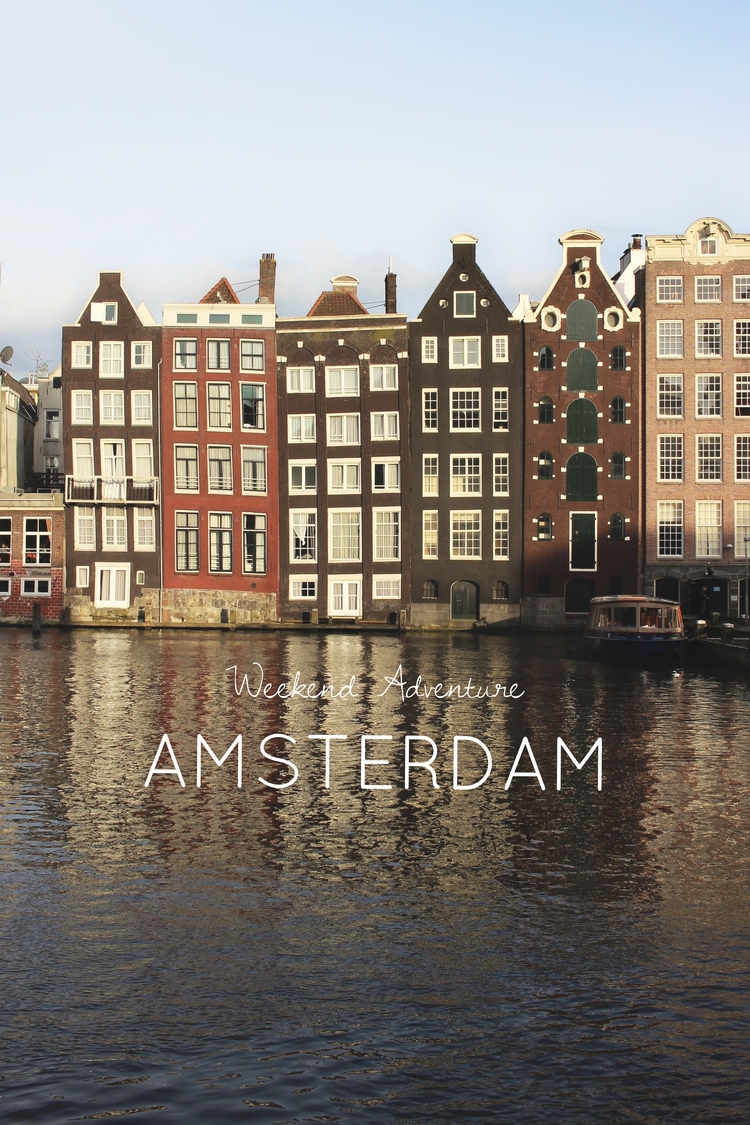 On our way there, we stopped at one destination that was a little farther outside the city called Zaanse Schans. Zaanse Schans is like a fake village with all the touristy things about the Netherlands crammed into its grounds including windmills, cheese, and clogs. But we loved it! It was such a cute place to walk around and of course to sample some cheese and chocolate. 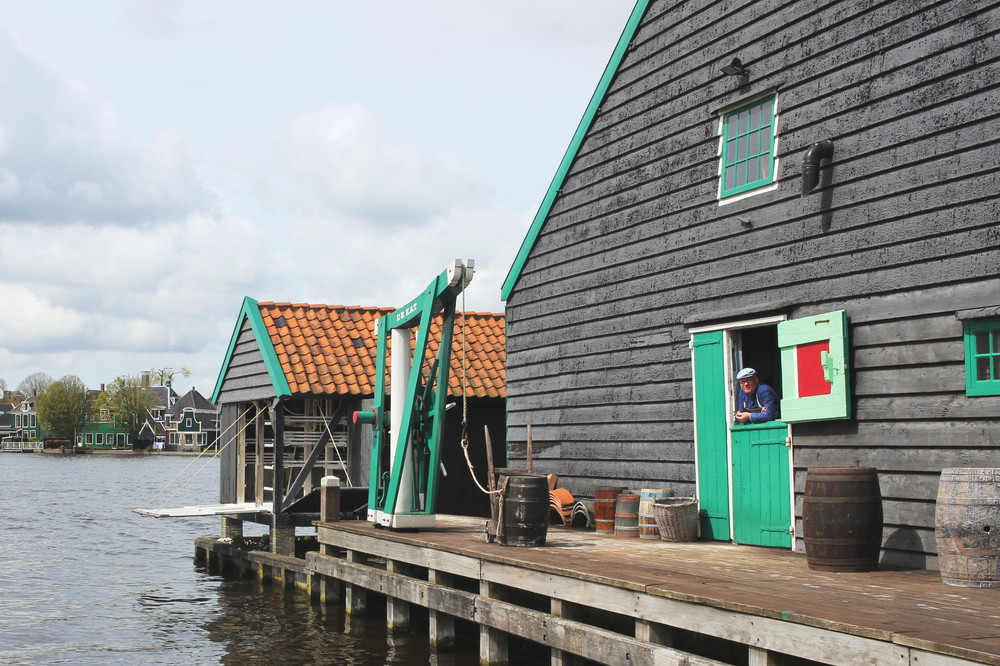 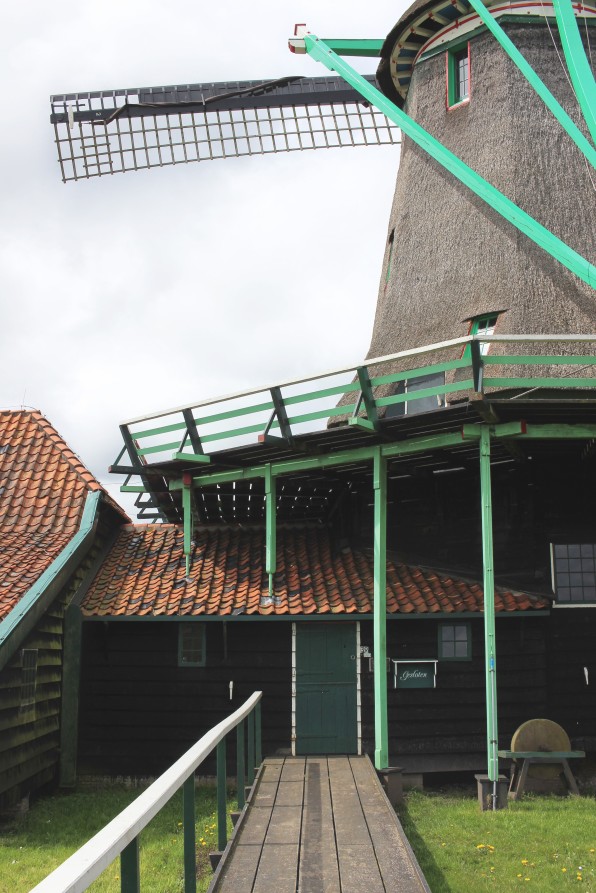 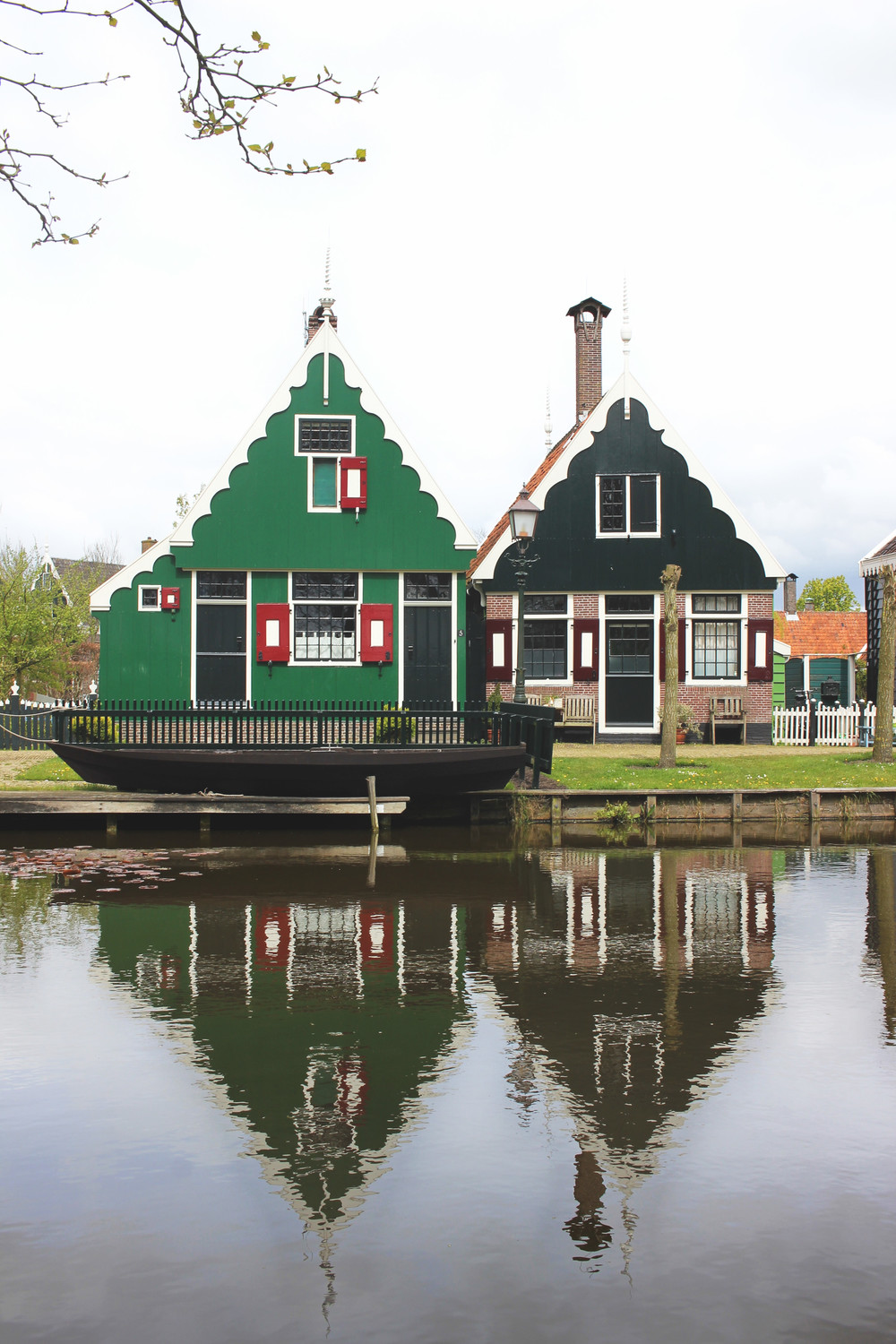 Rachel and I couldn’t resist trying on a pair of these beautiful clogs. It was really interesting to learn more about their history and see how they are made. I guess the ones that are more intricately carved are special clogs for your wedding day.

Later that day, we headed towards our Airbnb to drop our bags off, then went into central Amsterdam for the evening. 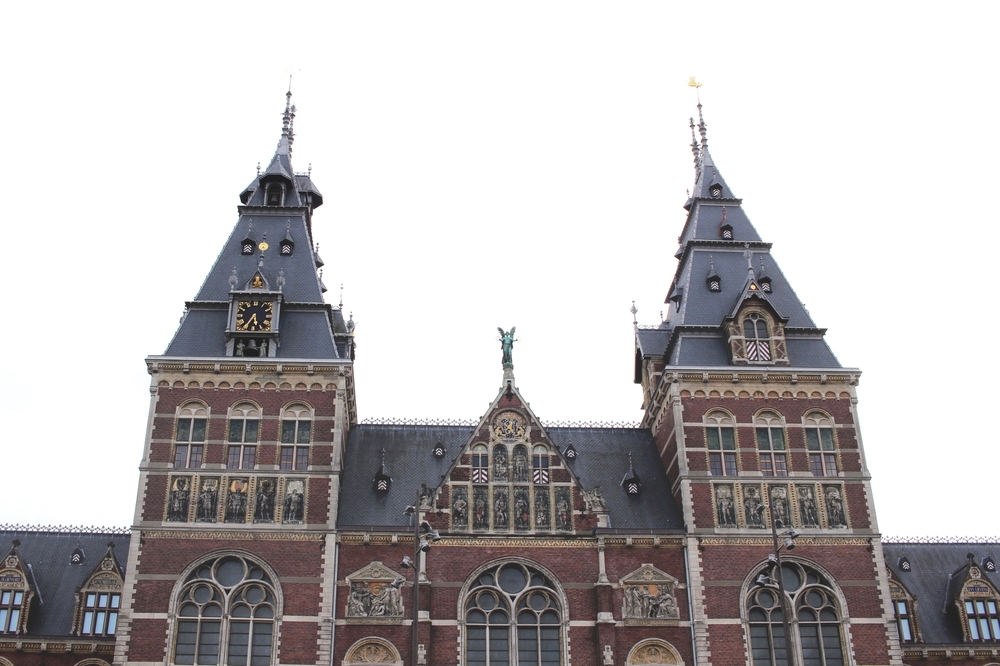 For dinner, we had pannekoeken from the Pancake Bakery and they were delicious. This is their Dutch pancake served with stroopwafel chunks and cinnamon ice cream. We also hung out for a bit at the brewery in a windmill, Brouwerij ‘t IJ. 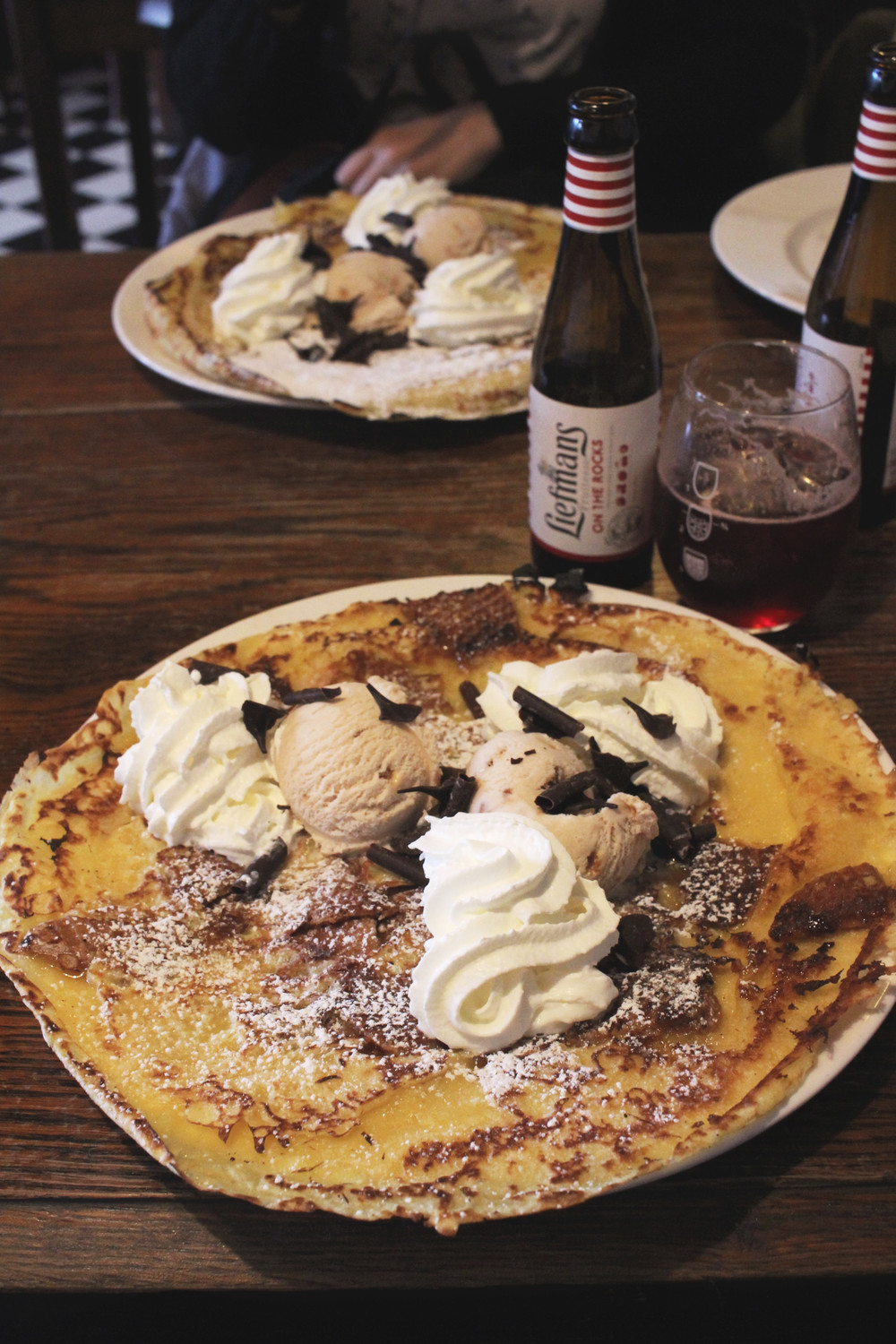 After, we stopped to sample some of Holland’s national spirit, Jenever, from the oldest tasting room in Amsterdam, Proeflokaal De Drie Fleschjes. Jenever, sometimes called Dutch gin, is actually the precursor to gin (although we thought it tasted more like whisky). 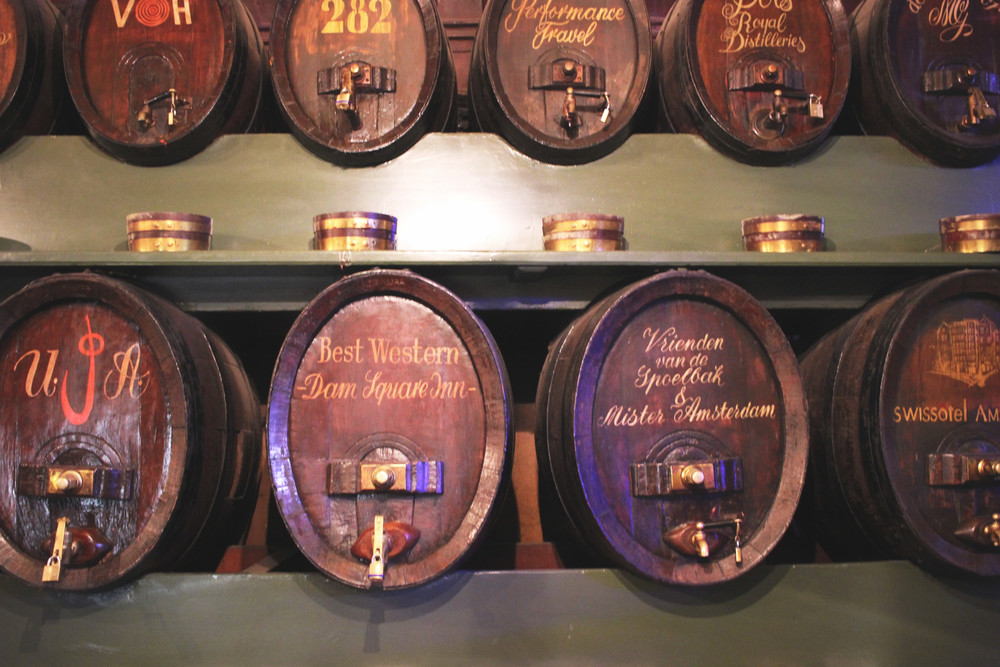 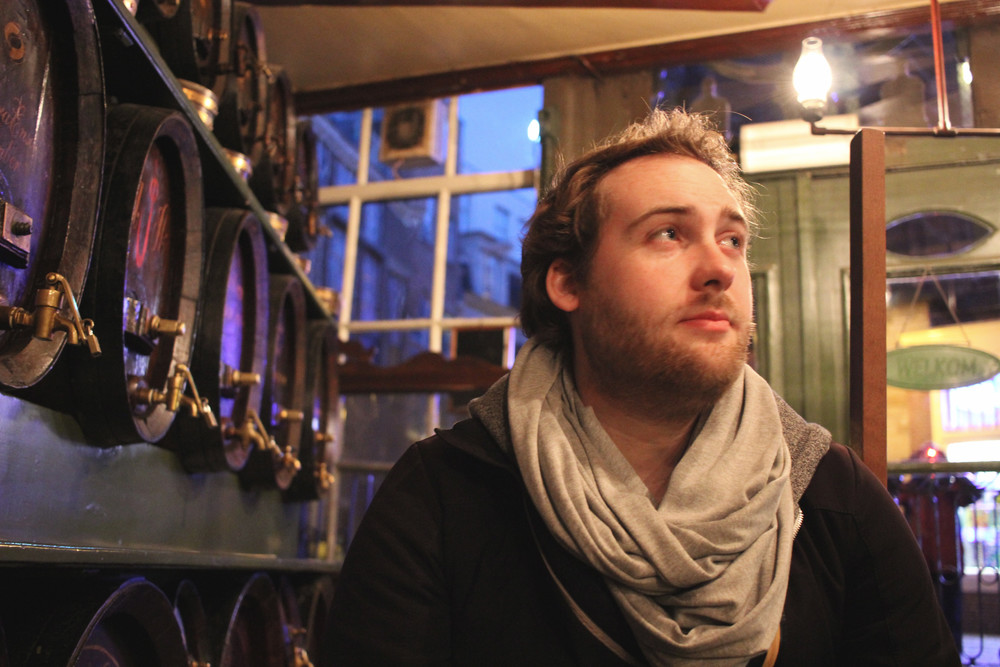 The next day, George and I decided to sleep in while Rachel and Jared visited the Van Gogh museum. We met up with them for lunch at foodhallen, which I thought was the best meal of the trip. Foodhallen is an indoor food market, meaning it’s perfect when you can’t decide what you want. 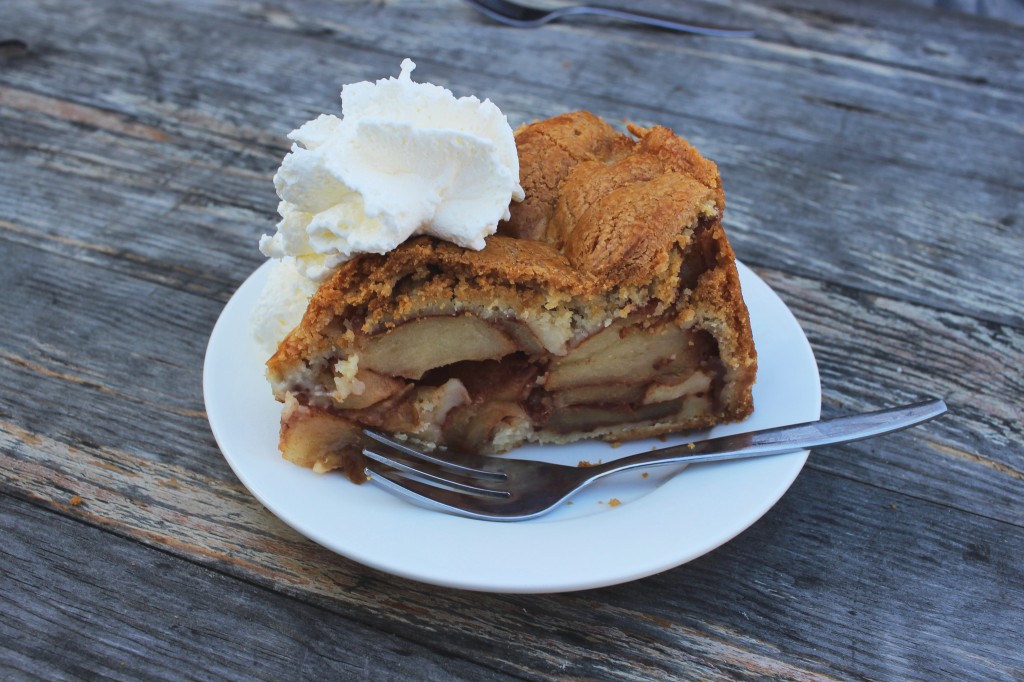 The apple pie pictured above was seriously amazing. We got it from Winkel 43 in Noordermarkt.

That day turned out to be the sunniest of the weekend. So we rented a paddle boat and set off to explore the city from the canals. 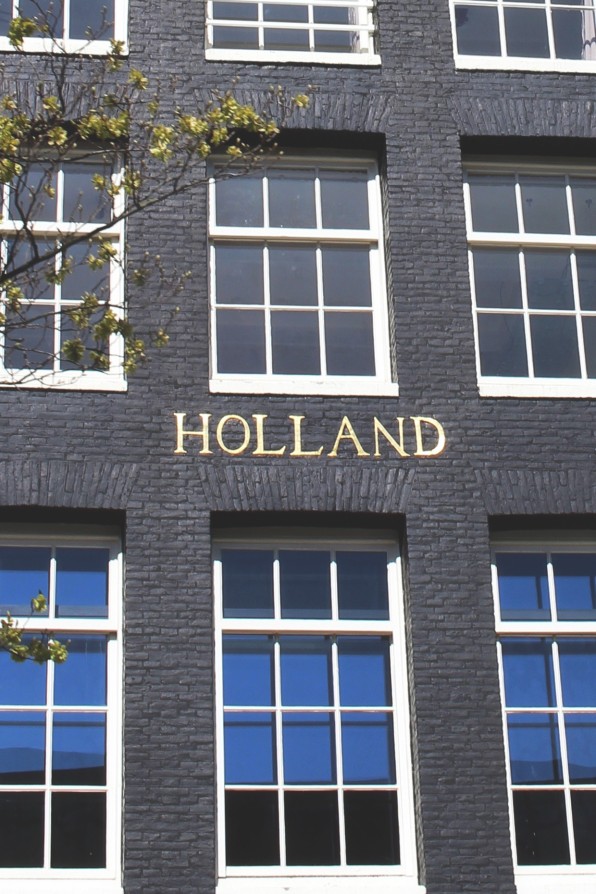 For the rest of the day we roamed around the backstreets, exploring and taking pictures. At dusk, they turn on the lights for most of the bridges. You can’t tell from these pictures but supposedly, this is the spot where you can see 15 of the city’s bridges at once. 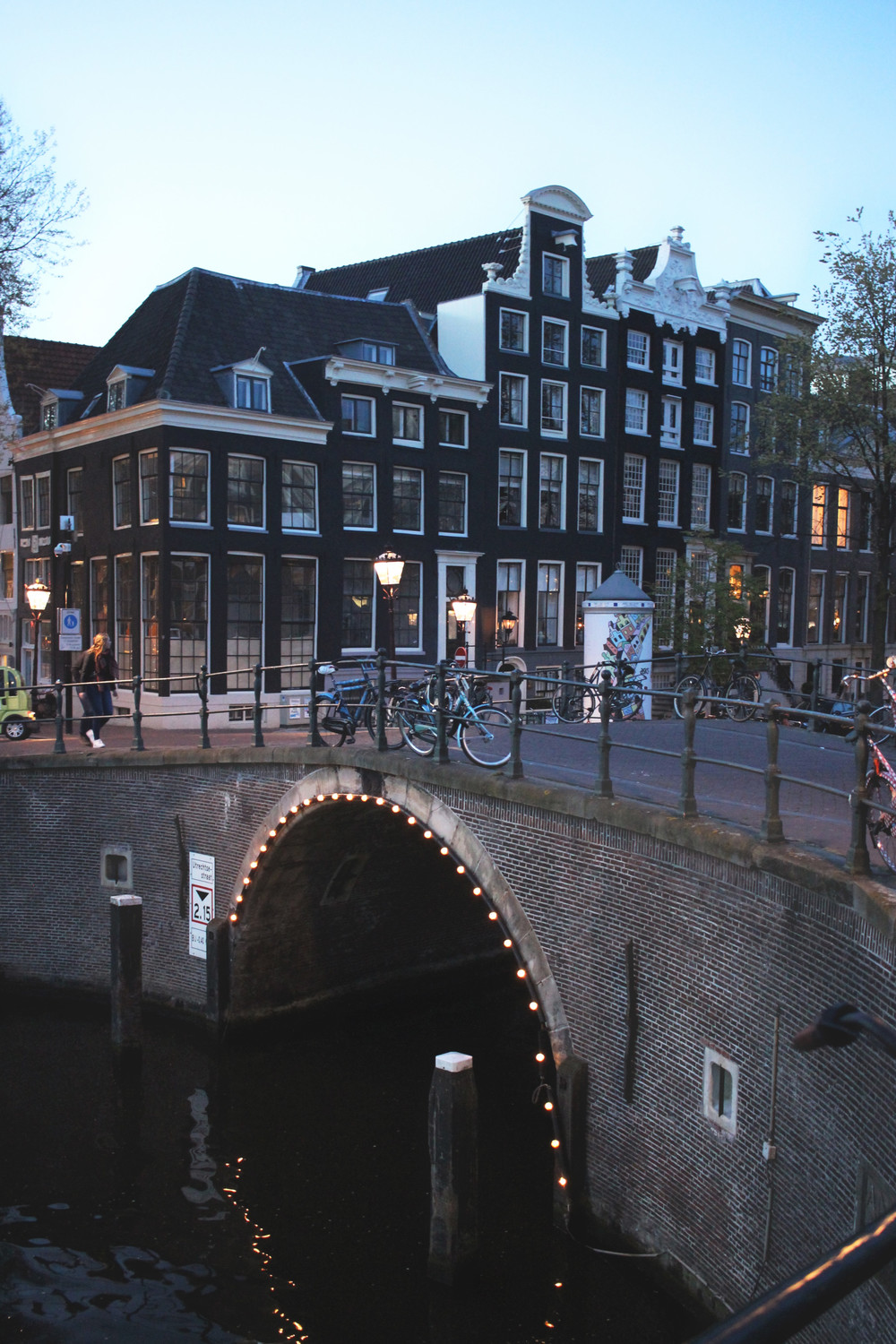 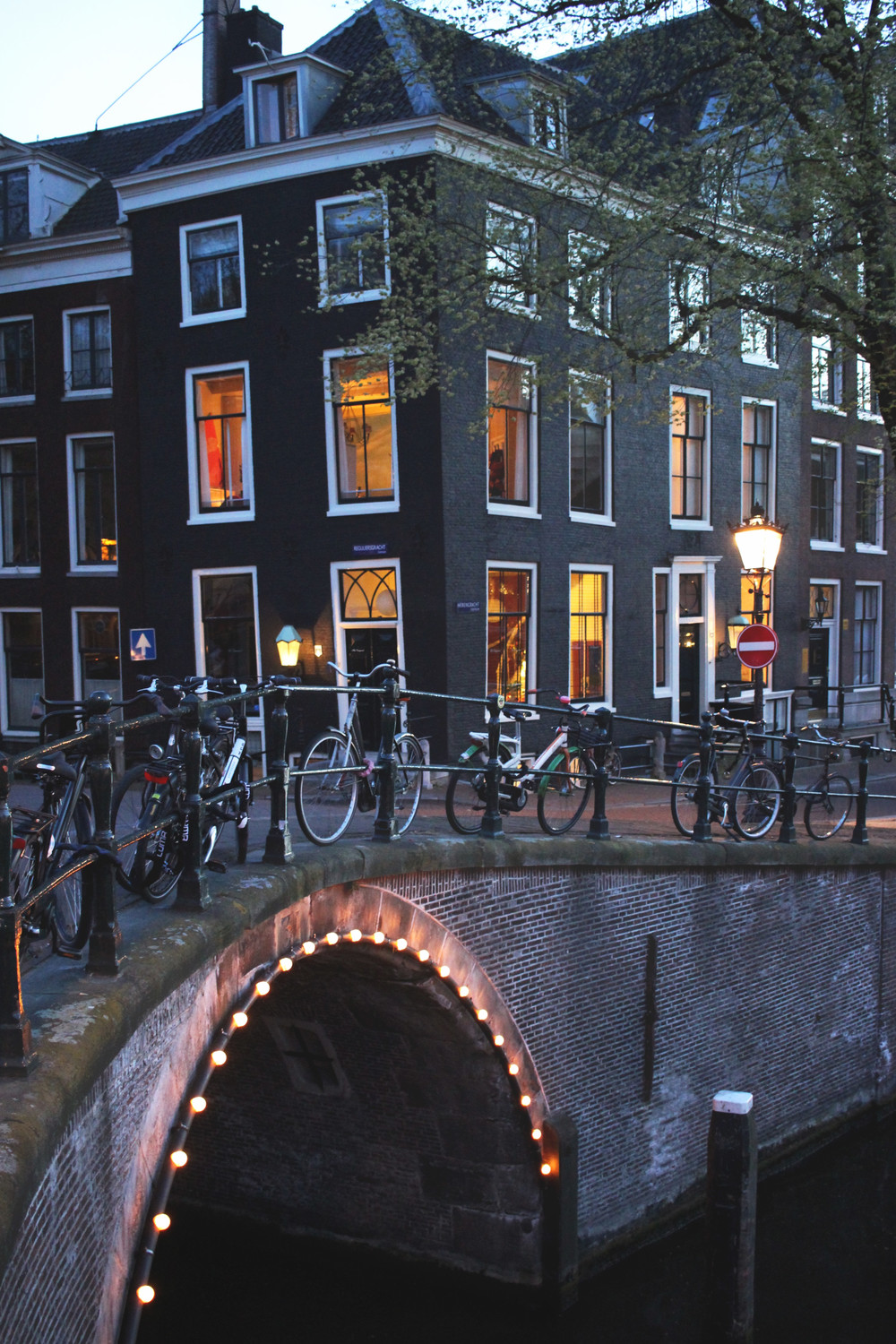 In the morning (after stopping for breakfast in Haarlem), we headed straight to Keukenhof Gardens to see the tulips, which just so happened to be in bloom while we were there! The park itself was crazy crowded and a little overwhelming to be honest. Although it was interesting to see so many different types of tulips, it was all a bit much for me. 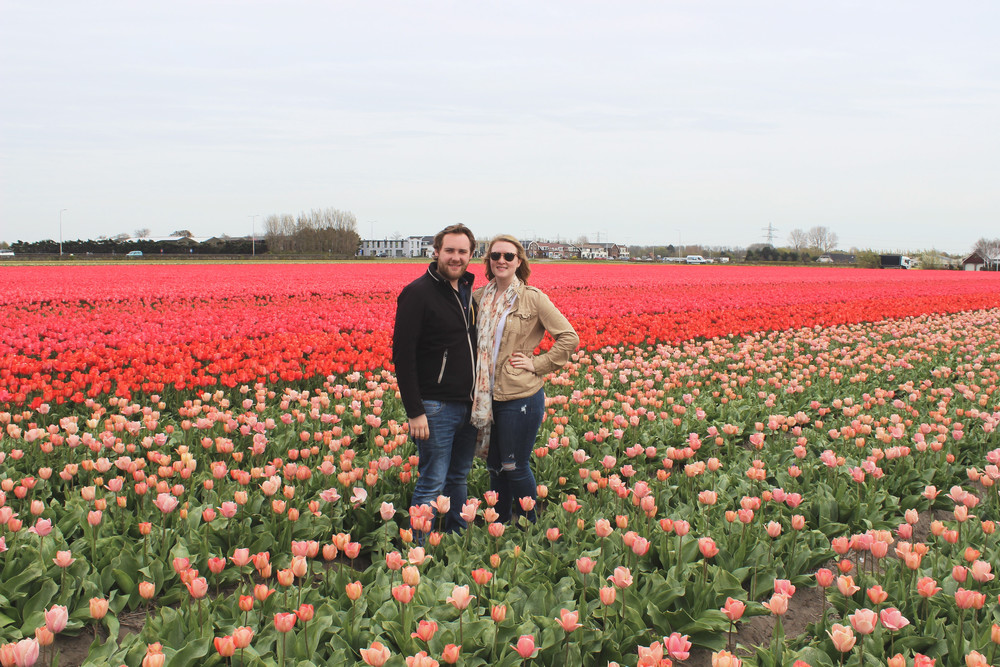 However, when leaving the gardens we stopped at some of the tulip fields near the park and had the best time, just running around and taking pictures. I never expected to see the tulips when we chose to go to Amsterdam, but I am so glad it worked out that they were in bloom.

Check out the video George made!