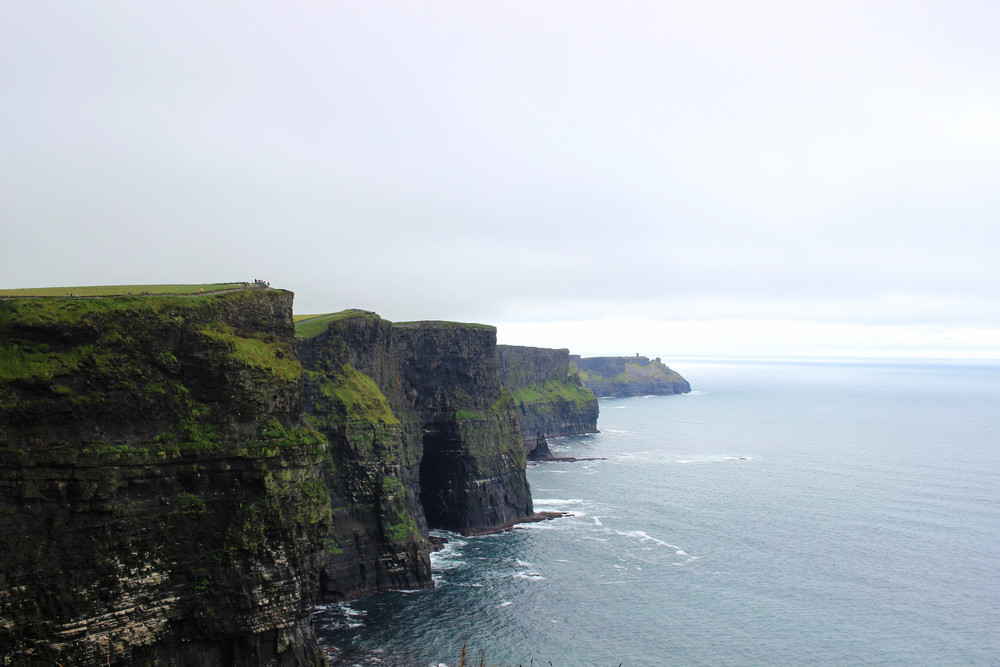 After leaving the Burren in County Clare, my sister and I made our way to our second destination: Doolin. Doolin is a small seaside village on the west coast of Ireland along the Wild Atlantic Way. It is known around the world as the traditional music capital of Ireland and that is what drew us to stay there while visiting the Cliffs of Moher. 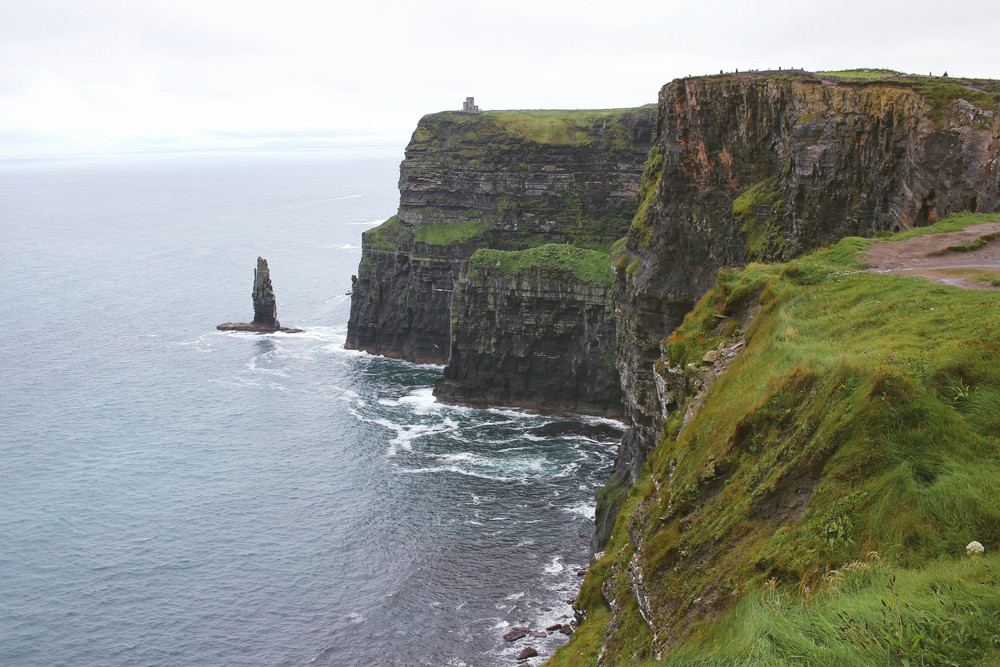 There are only a handful of pubs and shops in Doolin and I could tell most of the people in the town were tourists and backpackers. However, it was a fun place to spend a few rainy days and its proximity to the cliffs was unbeatable.

Our first night in Doolin, we attempted to get some food at the local pub, Gus O’Connor’s, only to walk into a jam-packed bar with standing room only. We got some drinks and stood for a while, listening to the traditional Irish music, but we left early that night. The next day, we planned better and got to the pub early enough to get a seat right next to the band! It was great to relax with a drink while listening to them play.

On our last day in Doolin, the rain had finally stopped long enough for us to take our cruise out to the Aran Islands. The Aran Islands are interesting culturally because they are a Gaeltacht, which simply means that Irish Gaelic is the primary language. We visited the smallest island of the three, Inis Oírr. 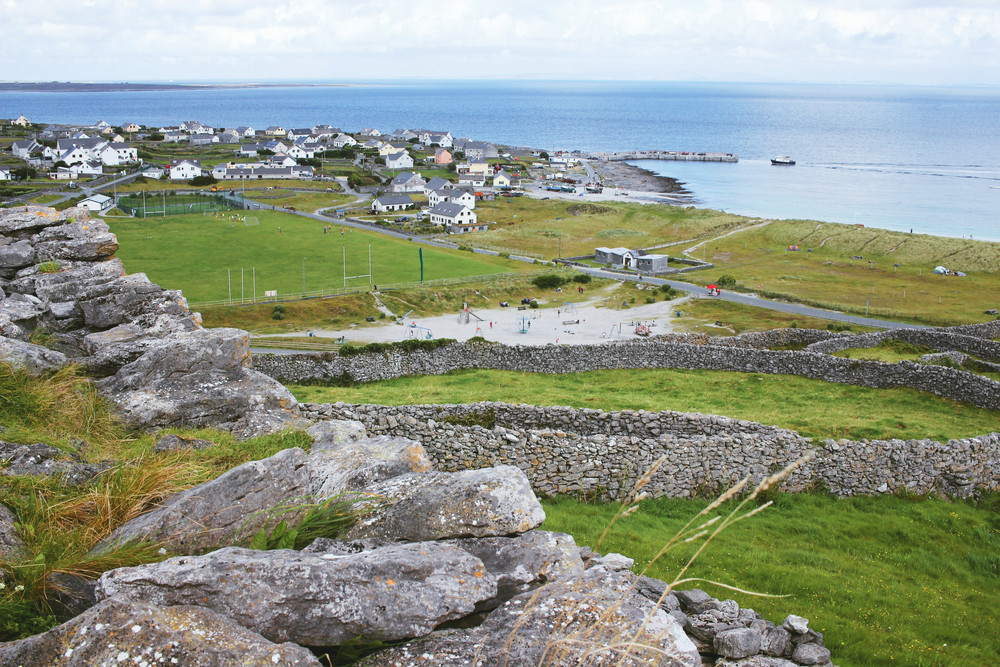 The minute Laurel and I stepped off the ferry, we were greeted by a man asking if we wanted to take a pony tour around the island. It was relatively cheap, so we said yes! Our driver was training a younger boy named Patrick whose family owns much of the island. Together, Patrick and his trainer made amusing, but very knowledgeable tour guides.

As we trotted along the road, they pointed out all the best sights, along with the unique characteristics of the island. The landscape was originally similar to that of the Burren, but farmers on the island cleared away as many rocks as they could to make room for their fields. 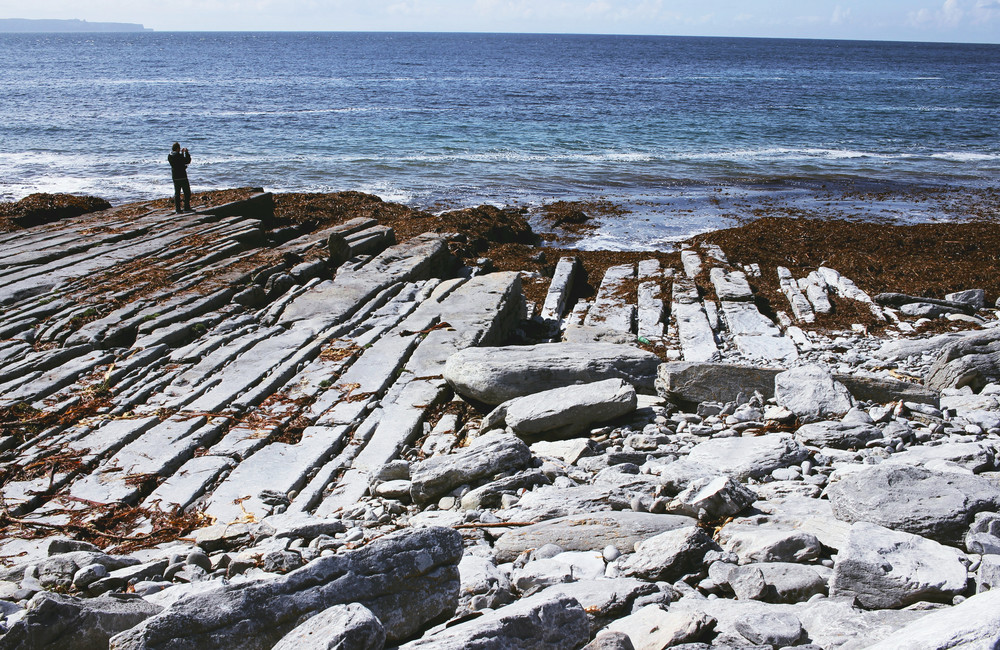 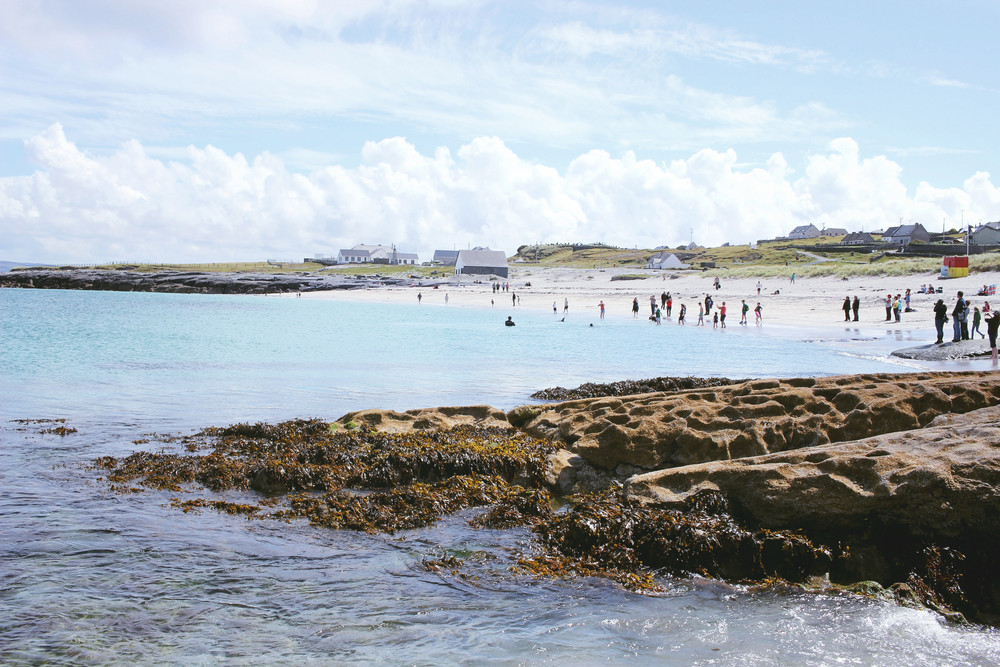 After our pony tour ended, Laurel and I explored the island on foot for a bit. The castle on the island was built in the 14th century and is one of the oldest ruins on the islands. And the sandy beach is one of the best places to swim with the possibility of seeing dolphins. We actually saw a couple dolphins while we were there! 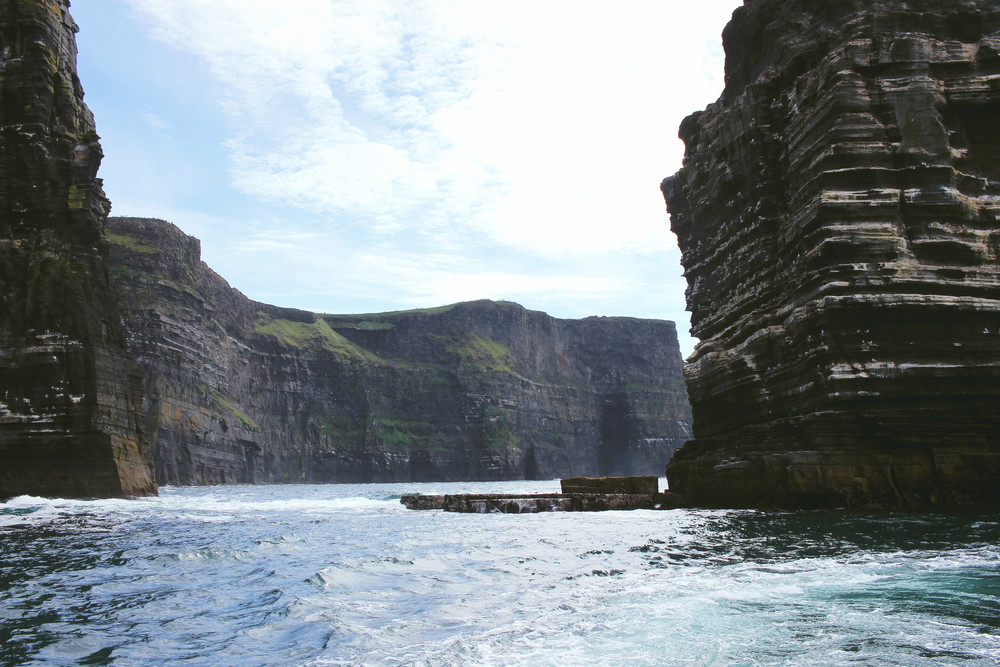 Eventually, though, we had to leave the island. So we got back on the boat to continue our cruise, viewing the Cliffs of Moher from the water. It really is the best way to experience the cliffs and to get a sense of how great they are. 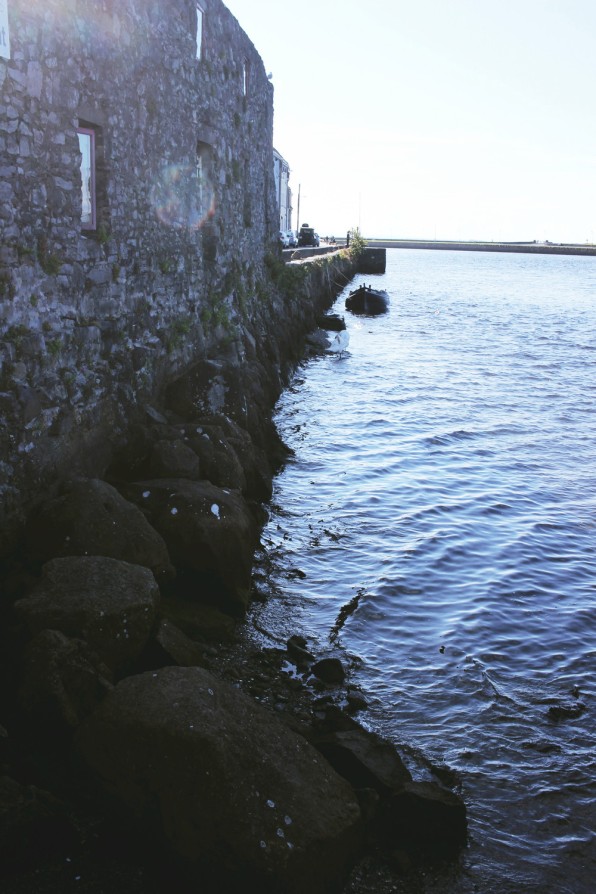 We spent that night in Galway City and in the morning, we woke up to another sunny day. We woke up early so we could walk around the Latin Quarter while it was less busy. 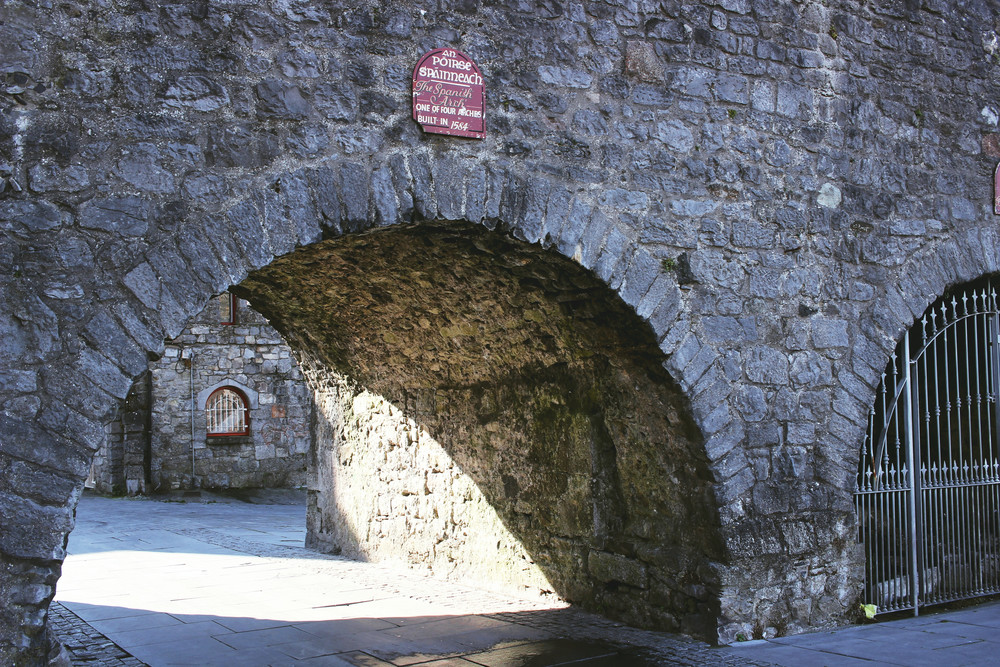 Galway was fun with its lively atmosphere and brightly colored buildings, but I was excited to move on to the next leg of our journey. My final post about Ireland’s Wild Atlantic Way will be dedicated to Connemara, the rugged mountainous region to the north-west of Galway.