A couple weeks ago, my sister and I decided to take on Ireland’s Wild Atlantic Way. My little sister, Laurel, had just been studying in Spain, so I told her she needed to come visit me before going back to the States. We thought it would be fun to go on a trip together and we chose Ireland because it is a country both of us have always wanted to go to.

We started our journey near Loop Head in county Clare exploring the town of Kilrush and walking along the cliffs at Loophead Lighthouse. The first night we were there, we tried to visit the lighthouse itself, but we were turned away because the weather was too dangerous. We probably should have been warned by the torrential downpour of rain and the aggressive wind. Instead, we settled into the pub below our B&B and ordered some soup and the obligatory pint of Guinness to warm us up. Irish food was especially comforting after walking through the cold and rain.

The next morning we visited the lighthouse again, and while it was still extraordinarily windy, we were able to walk along the cliffs for some great views. We were told these cliffs were just as good as the Cliffs of Moher, but I didn’t know how true that was until later on in our trip. 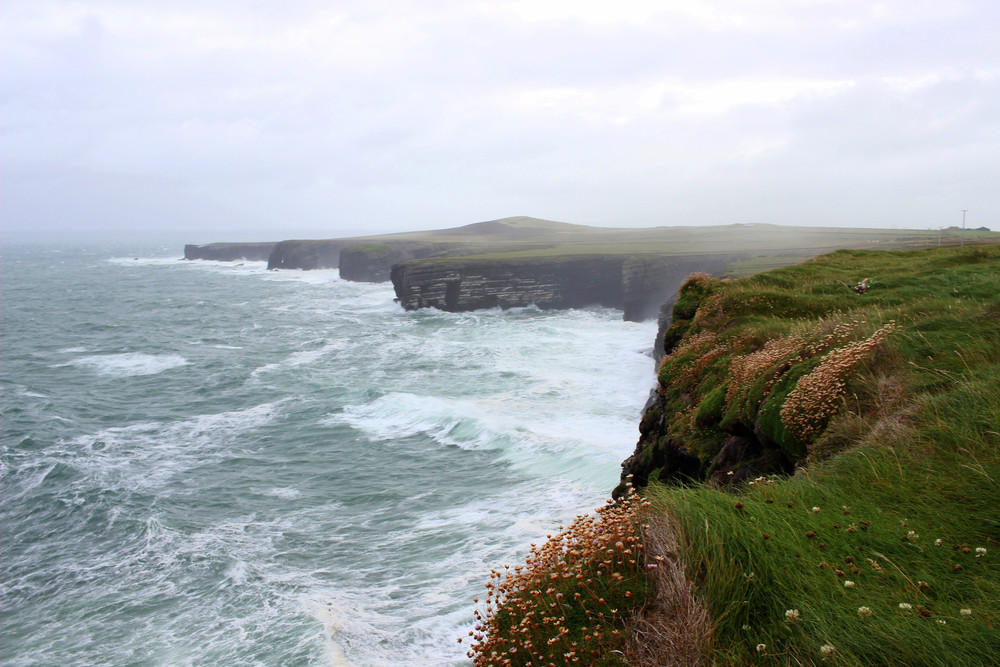 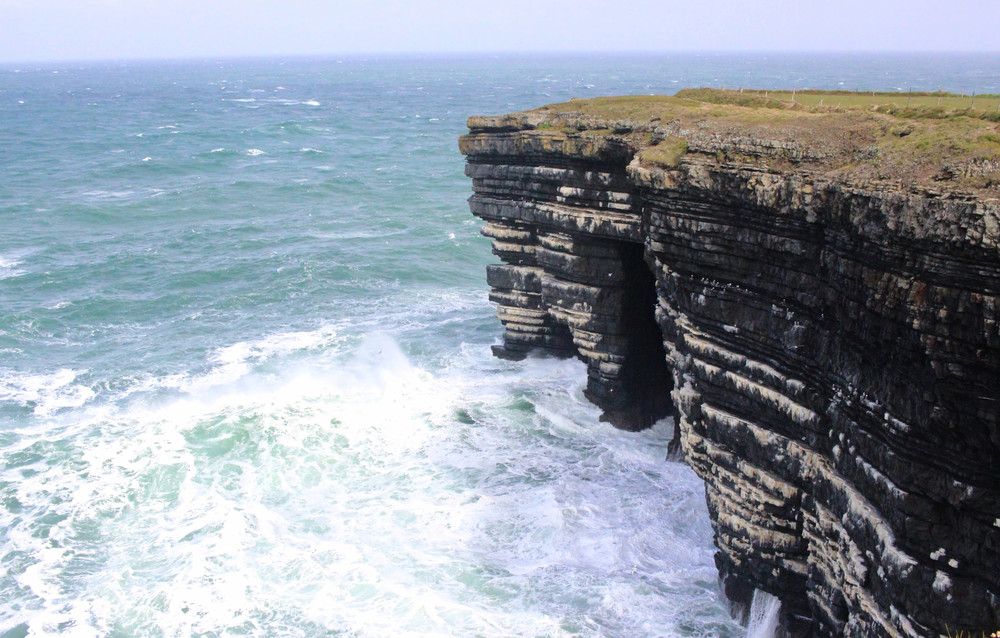 Here on the Loop Head Peninsula, there were no guard rails or entrance fees. You can walk as close to the edge of the cliffs as you’d like and experience their beauty without any distractions. 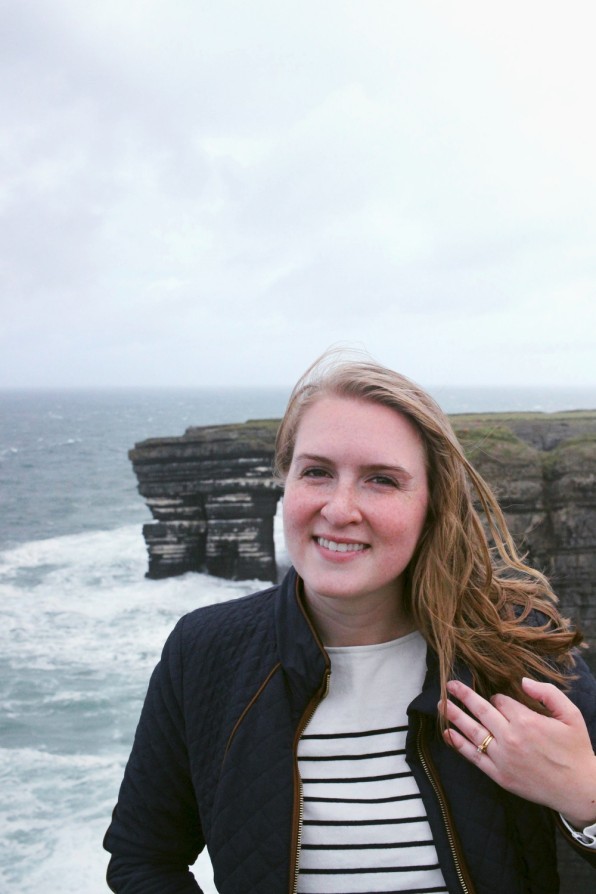 Later on that day, we searched for an indoor activity as it started to rain again. We discovered The Burren Perfumery in a pamphlet at our B&B and decided to stop there on the way to our next destination. We also stopped by the ancient portal tomb, Poulnabrone (pictured below), which dates back to the Neolithic period. 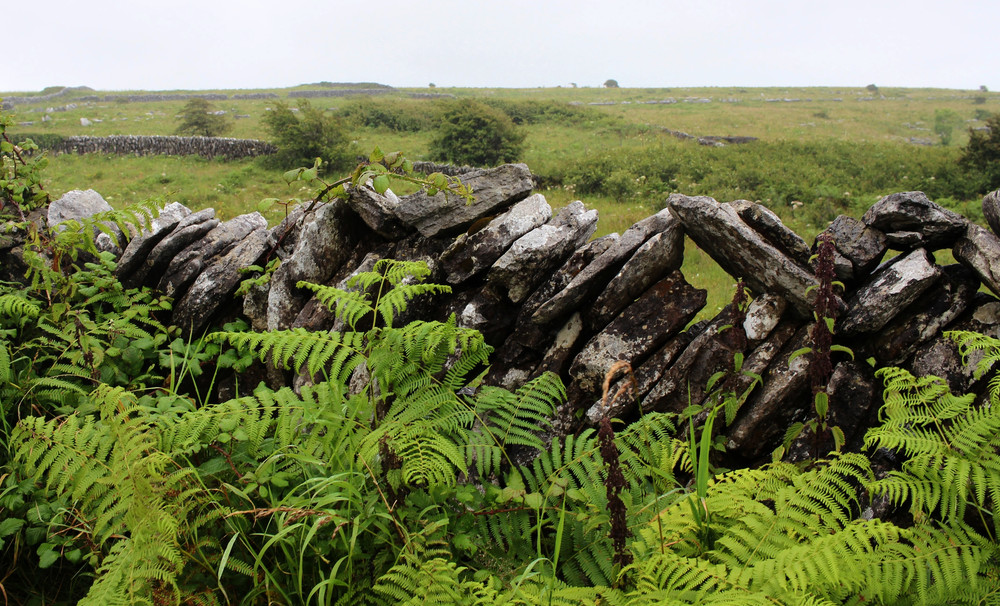 The roads leading to the tomb and perfumery were single track roads with absolutely no passing places. It was quite nerve wracking, but we didn’t end up running into any other cars. In fact, most of the roads we encountered on our trip were not only single-track, but they were completely empty. It was beautiful and terrifying at the same time. 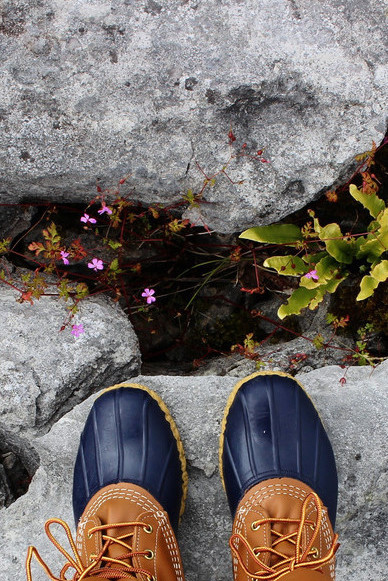 At first glance, being in the Burren was like being on the moon. All I could see for miles was gray rock. When I got closer, however, I realized how much plant life there is growing between the rocks. Moss and ferns can be found in every crevice and tiny blooms in all colors dot the landscape. It is one of the most interesting places I have ever been. I could have stayed by the tomb exploring for hours. But soon the rain was more than just a sprinkle, so Laurel and I continued on to the perfumery.

When we arrived at The Burren Perfumery, it felt like we were entering a spa. The atmosphere was so tranquil and the air smelled like flowers. Everything made at the factory is natural and inspired by the flora of the unique Burren landscape. I normally don’t like very strong scents, but I loved everything the Burren Perfumery had to offer.

After walking around the shop and learning about all the different scents, Laurel and I went outside to investigate the garden. It was a really beautiful space to walk through and coming to the perfumery was one of the best decisions we made on the trip. I only wish I could have brought more home with me, but we had to stick to the “under 3 oz.” rule.

One thought on “Ireland Part I: Loop Head and The Burren”