The Jurassic Coast of England runs along the southern coast through Dorset and East Devon. It became England’s first Natural World Heritage Site because of its geological importance. This site is the only place in the world where you can see 185 million years of Earth’s history (including the Triassic, Jurassic and Cretaceous periods) in a continuous stretch of coastline.

George and I visited Lulworth Cove on Saturday and we could not have asked for a more beautiful day. The cove was absolutely packed with people, but as we started hiking up the cliffs it quickly became less busy. 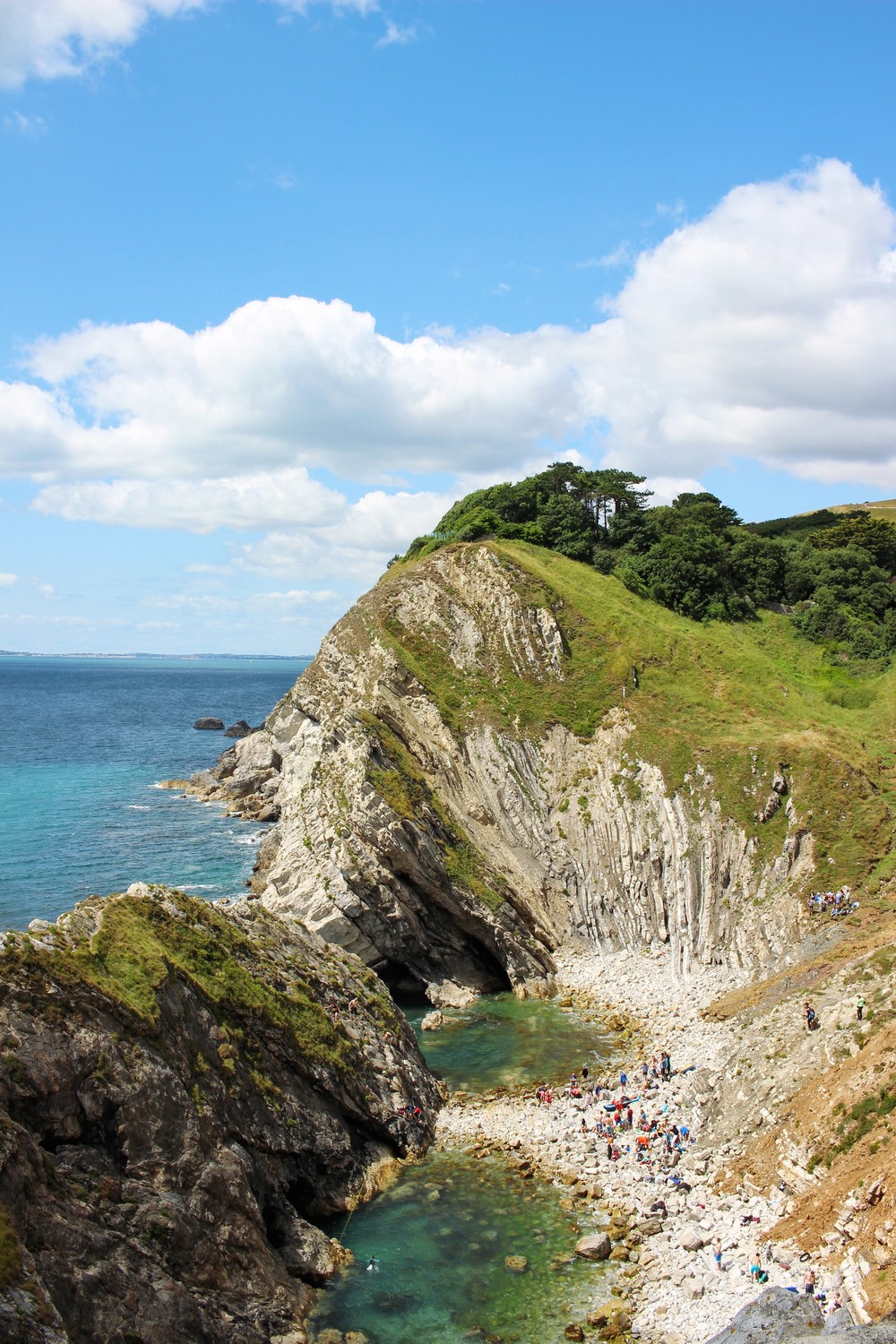 The same path that leads up to a view of the cove also leads to the Stair Hole, another small cove to the west of Lulworth. At the Stair Hole, you can see the Lulworth Crumple, which is a rock formation where the layers of stone form an S-shape.

Later on we drove to a natural limestone arch called the Durdle Door, which was just down the road. We planned on taking a boat over from Lulworth, but apparently the waves were too choppy. Although, there were plenty of people out sailing and kayaking and it looked like so much fun! 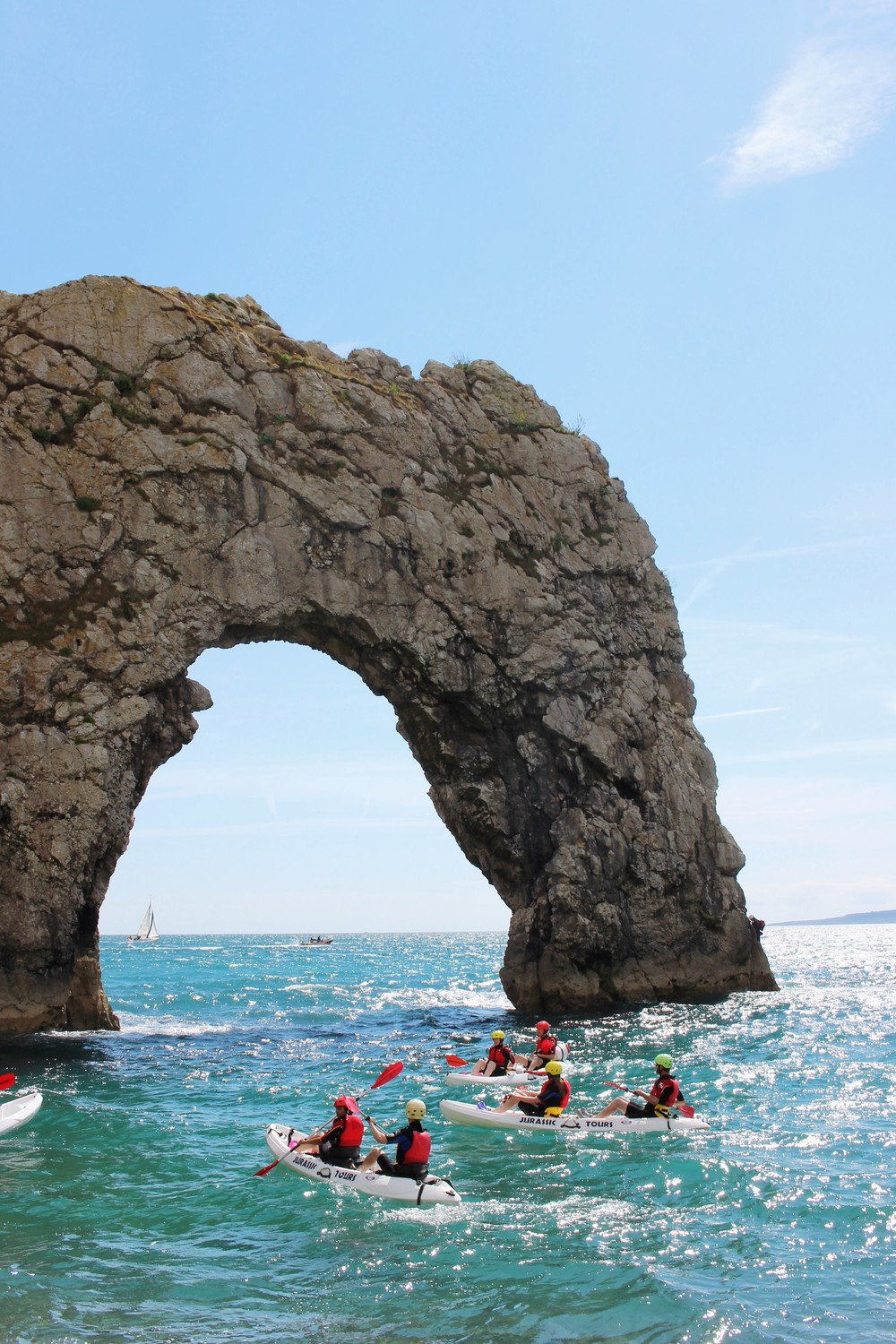 The beach at the Durdle Door was interesting, because the water becomes deep almost instantly. One step in, and you’re already waist-deep. The water was freezing, but I’m guessing that is probably as good as it gets for England.

That night, we drove to our campsite near Charmouth. And after setting up our tent, we headed to the beach to watch the sunset. 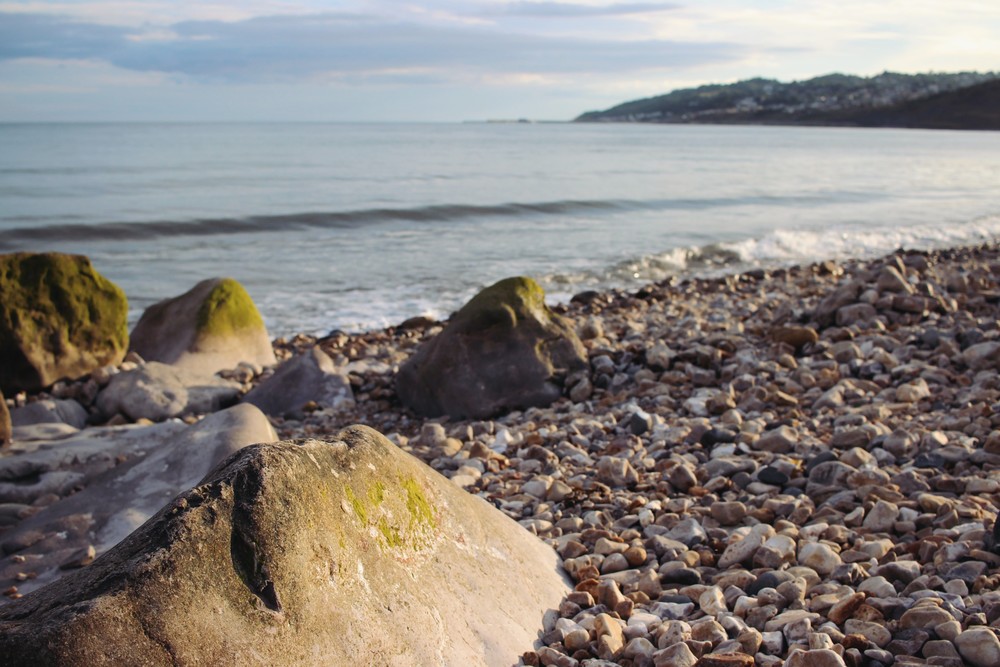 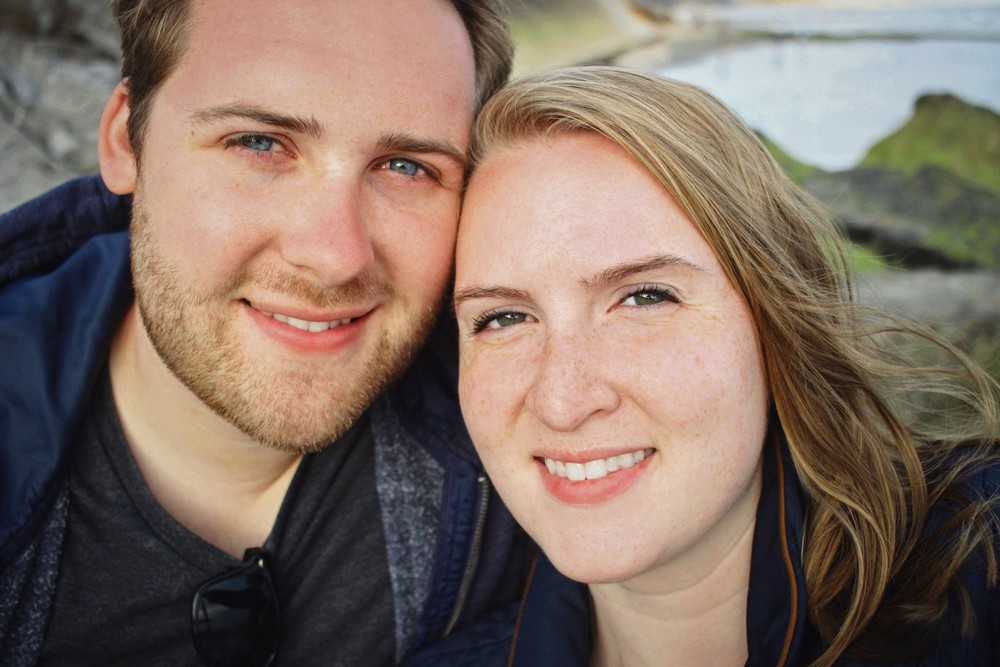 There were still a few people out fossil hunting, but we figured it would be better to start in the morning. We saw a few fossils in the bigger rocks along the beach, but nothing we could take with us. 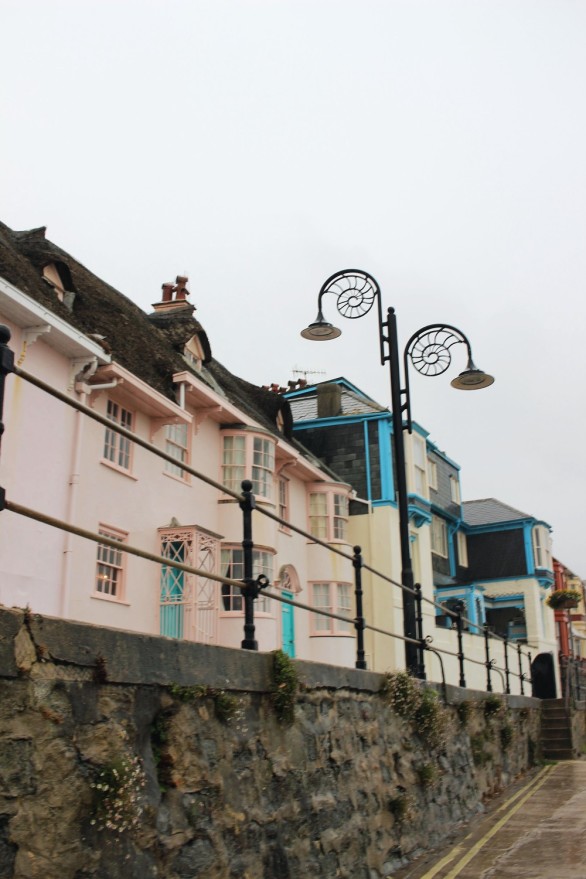 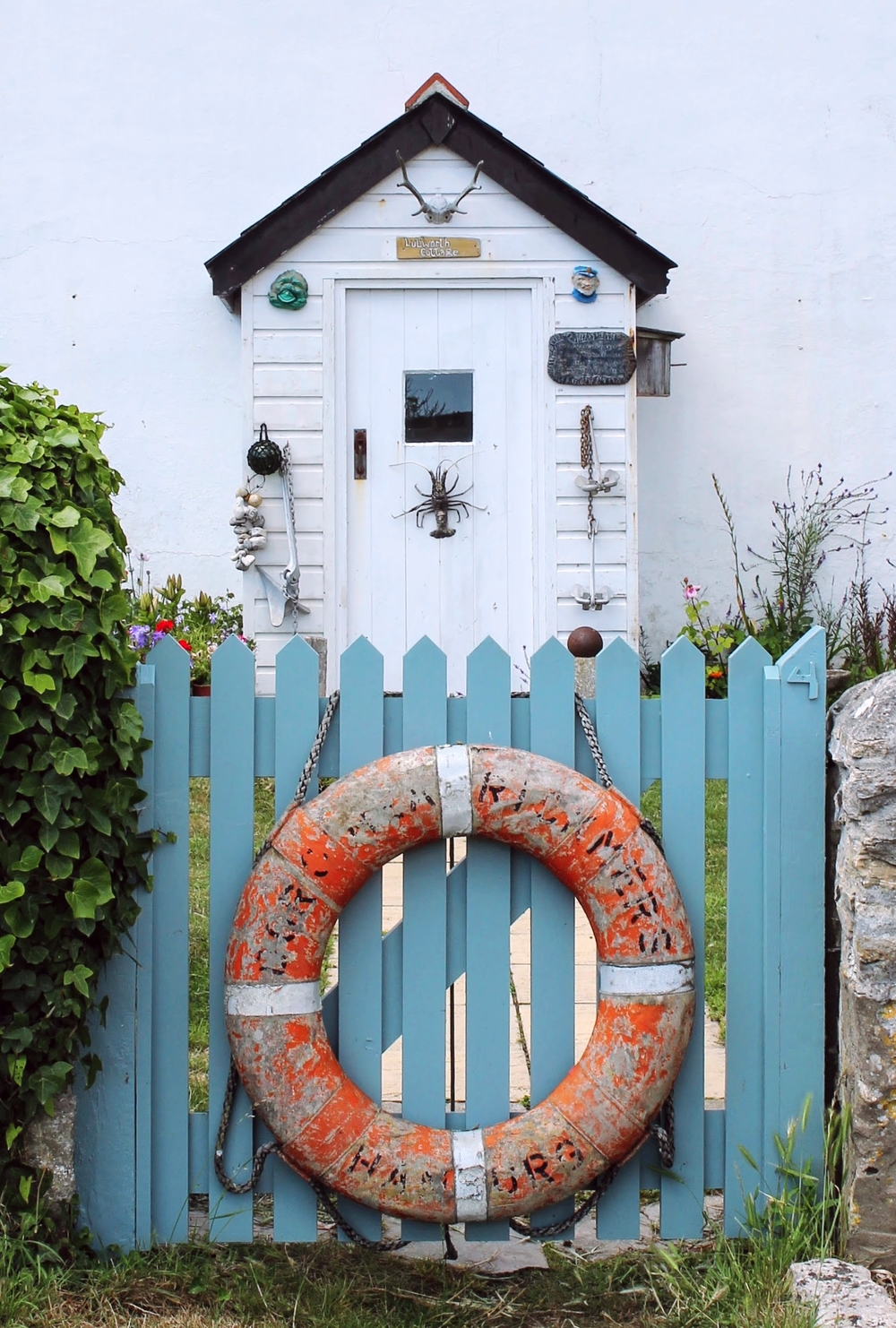 When we woke up on Sunday morning it was raining really hard, therefore our plans to go fossil hunting were pretty much ruined. We decided to start making our way home early in order to beat the traffic, although it seems like everyone else had the same idea. One town we drove through, but didn’t really spend any time in is Lyme Regis. It seemed like a much older town and one we definitely want to come back to. I am so glad we explored this area of England. It could be a new favorite!