George and I took a break from traveling these past few weeks in order to plan some of our future trips! But we have been getting to know the area better and getting ideas for where we should go next. We are excited for our next weekend trip away to the Lake District, which is a national park in northern England. First though, we went somewhere that has been right under our nose this entire time: Windsor Castle.

Windsor Castle is the oldest and largest inhabited castle in the world. It is an official residence of the Queen and dates back to the 11th Century. We decided to check it out on Saturday and I really don’t know why we didn’t go sooner. It was just 25 minutes away from us! Let me tell you, booking online is the way to go. We walked right past the line that was halfway around the block, picked up our tickets and were ready to start roaming the castle. 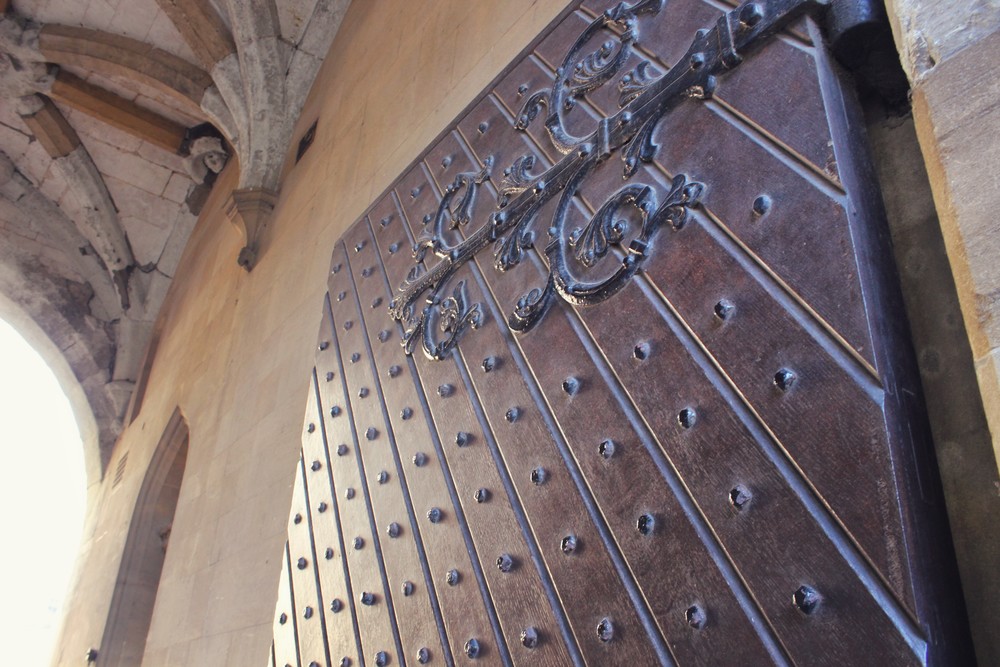 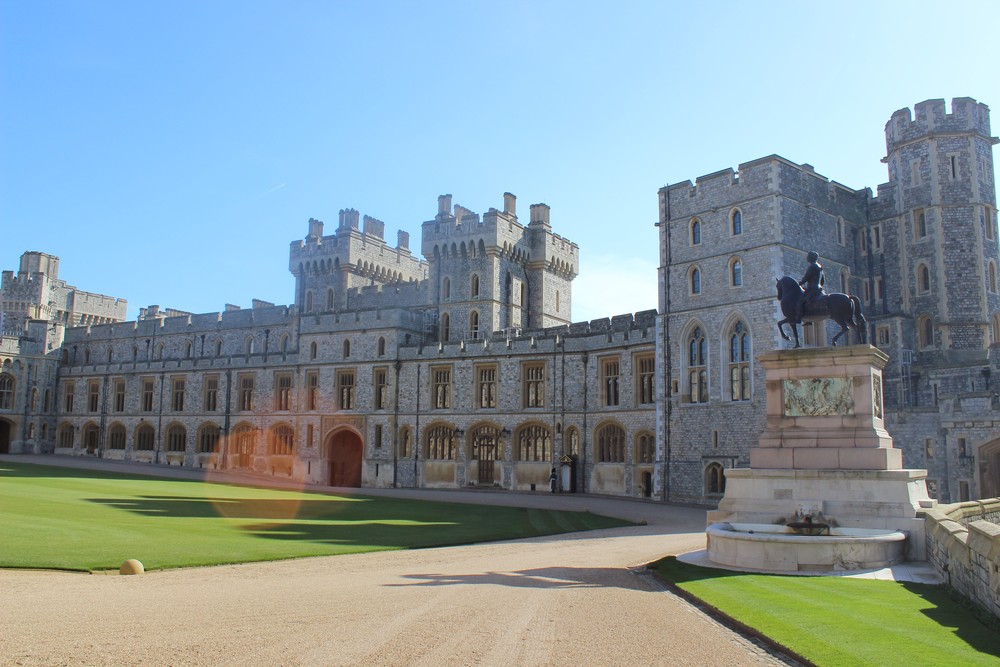 We were not allowed to take pictures of the inside, but it was gorgeous. The appearance of the State apartments has changed throughout the years, but mainly reflects the tastes of Charles II who attempted to rival the grandeur of Versailles when he updated the castle’s interiors. George and I even recognized some of the paintings on the walls. And the best part about seeing the castle during winter is that the Semi-State rooms are open to visitors. These richly decorated rooms were created for George IV and are used by the Queen for official entertaining. 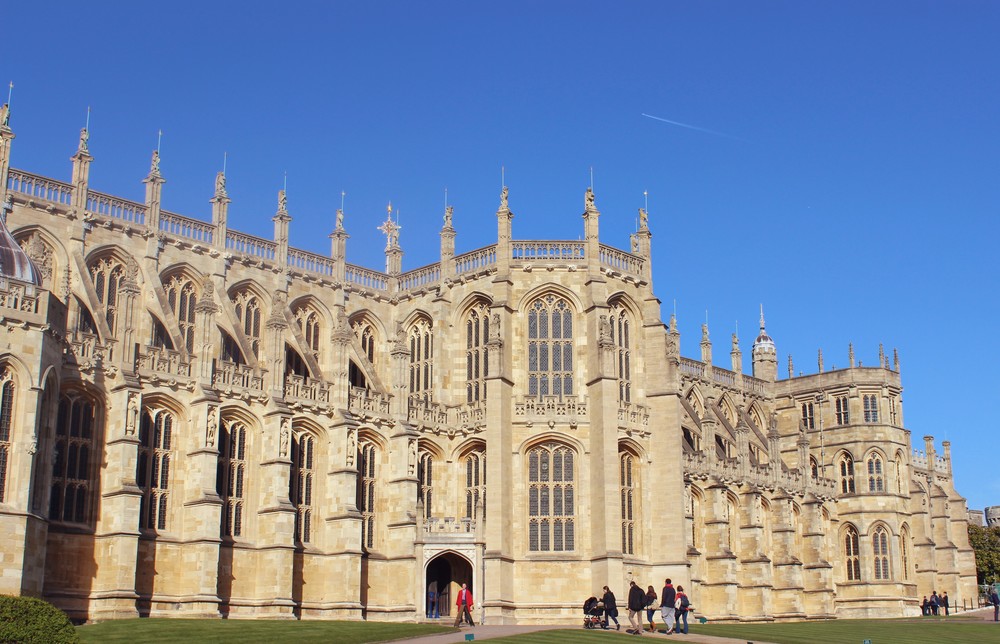 It feels like you see very little of the castle, compared to how huge it is and how much is kept private. But you are also allowed inside St. George’s Chapel where some famous monarchs are buried.

After leaving the castle we stopped for afternoon tea at a restaurant nearby called The Tower. 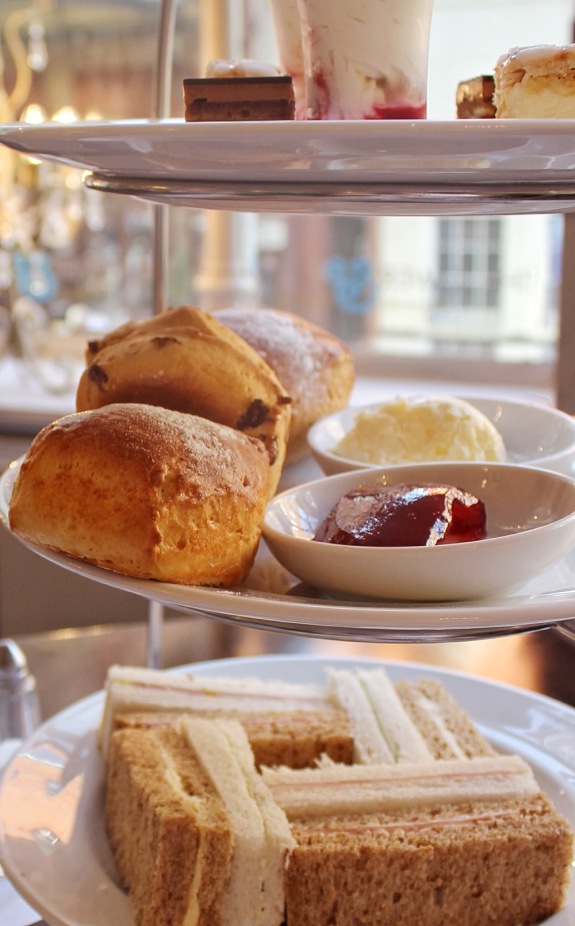 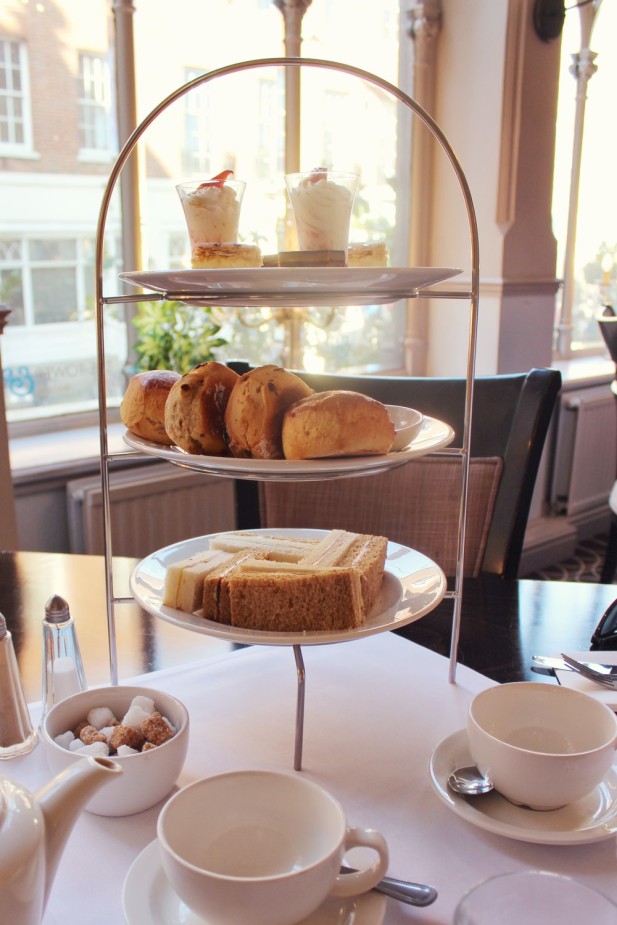 Windsor was a little more expensive than your average castle, but we think it was worth it! Plus, we now have a free pass to come back anytime within the next year.