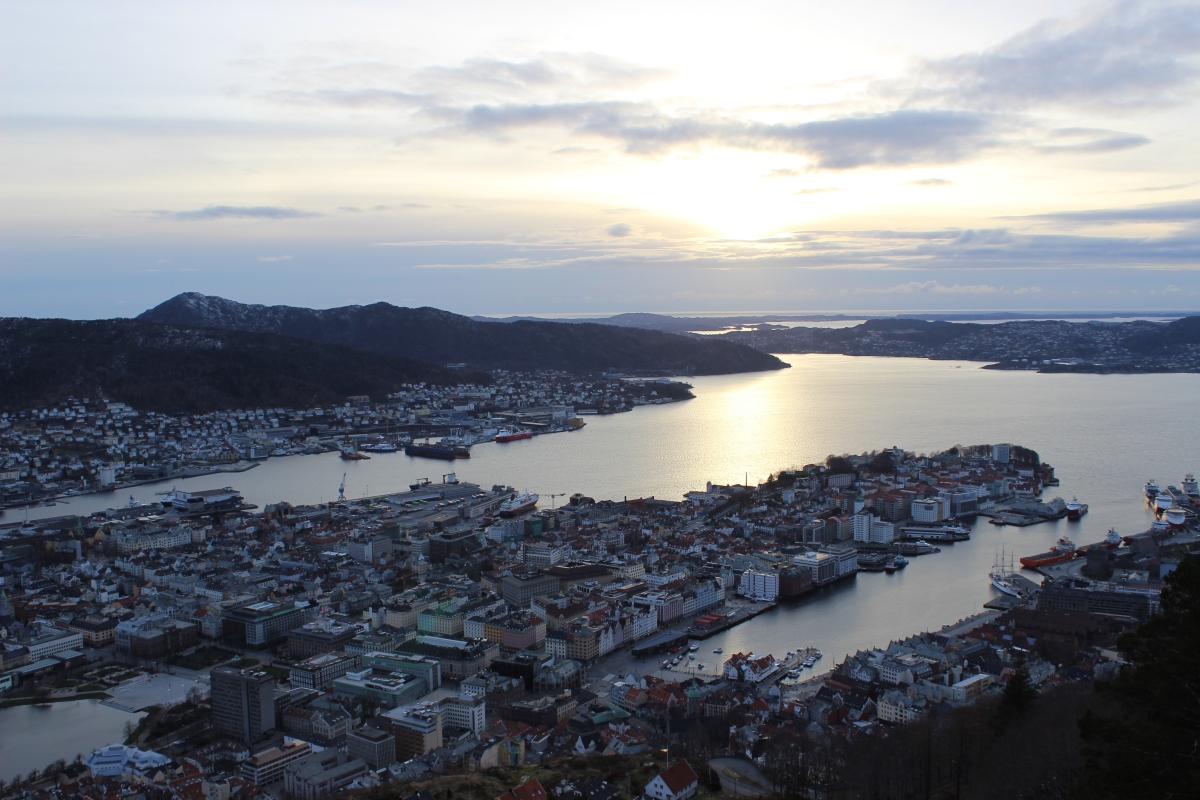 This past weekend, because it was Easter, George had both Friday and Monday off from work. So we decided we wanted to go somewhere a little farther with our extra time! We chose Haugesund, Norway because it was the cheapest place to fly over the holiday weekend. I have always wanted to see the fjords and George was excited because it was something totally new.

Our first day there, we drove straight up to Bergen and arrived early Friday evening. After dropping some things off at our hotel, we set out on one adventure before calling it a day. We grabbed a quick bite to eat at a seafood place right on the water and then walked up the hill to the Fløibanen funicular station. The sun was just beginning to set as we rode up to the top of Mount Fløyen and when we reached the top, the view was stunning. 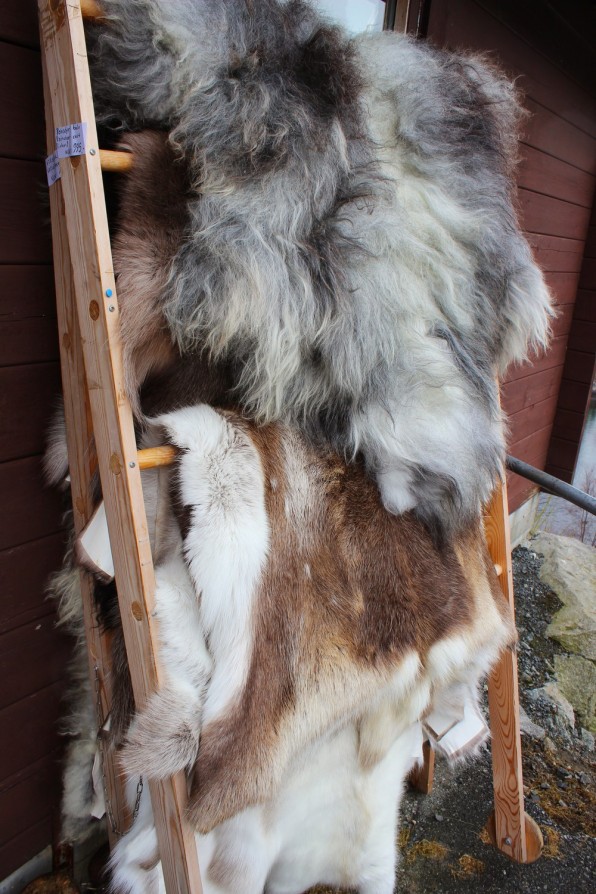 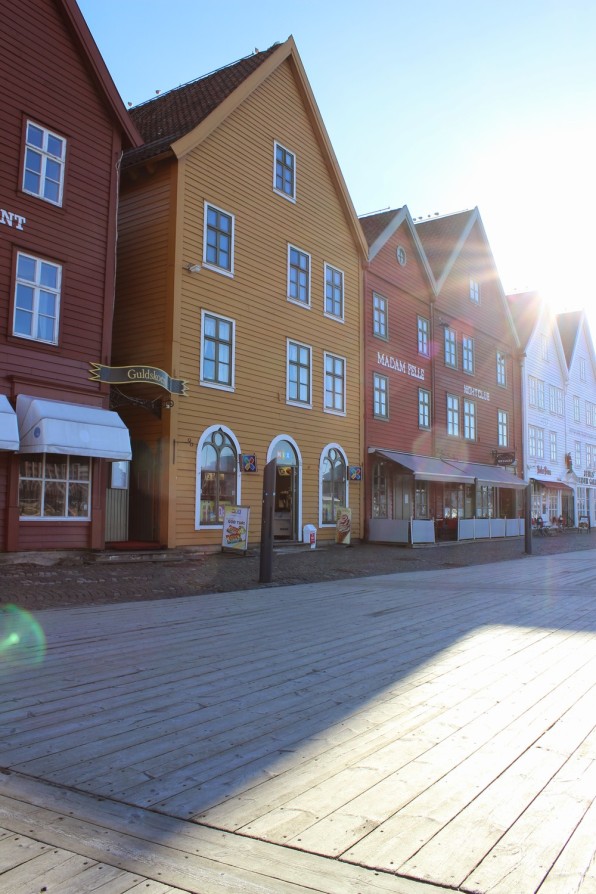 The next morning we explored the historic wharf, Bryggen, which is a UNESCO World Heritage site because of its importance as part of the Hanseatic League’s trading empire. The Hanseatic League was an association of market towns that dominated commercial activity in northern Europe from the 13th to the 15th century. The buildings are all made of wood and although there have been several fires, their rebuilding has traditionally followed old patterns and methods in order to maintain its integrity. 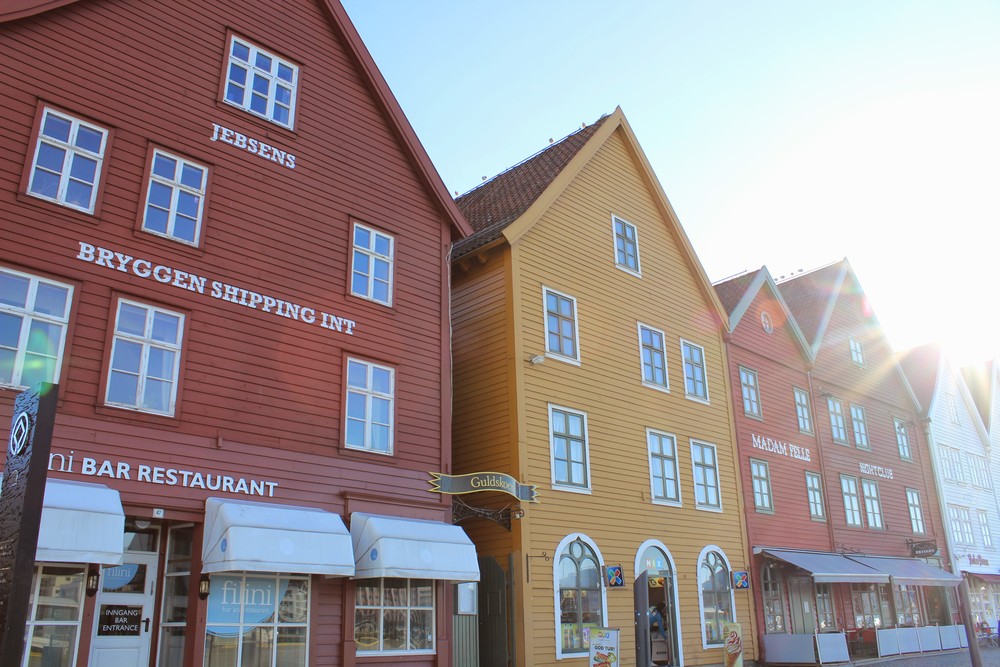 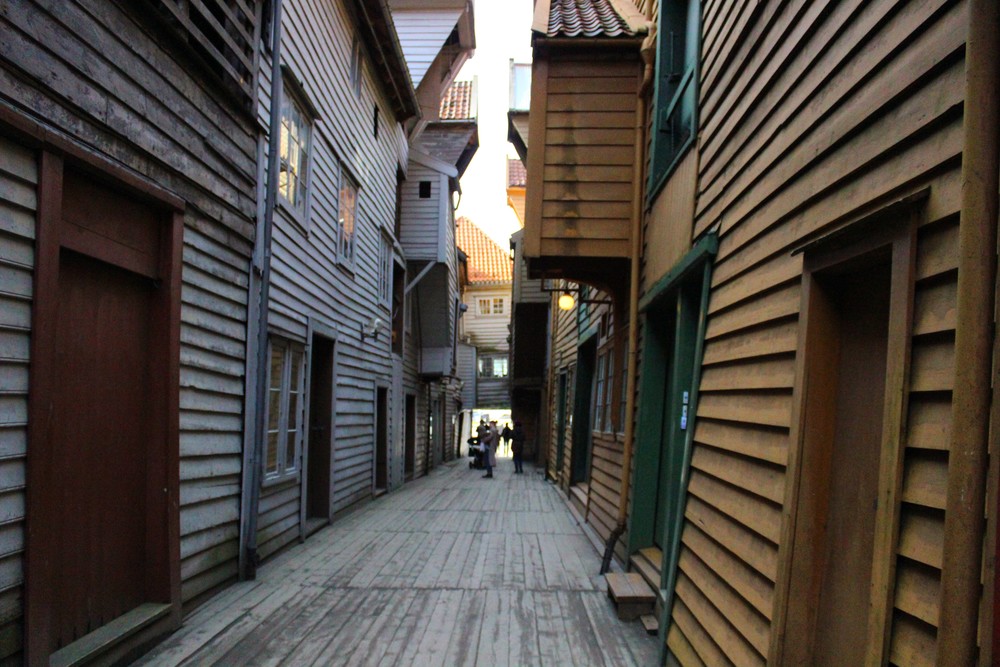 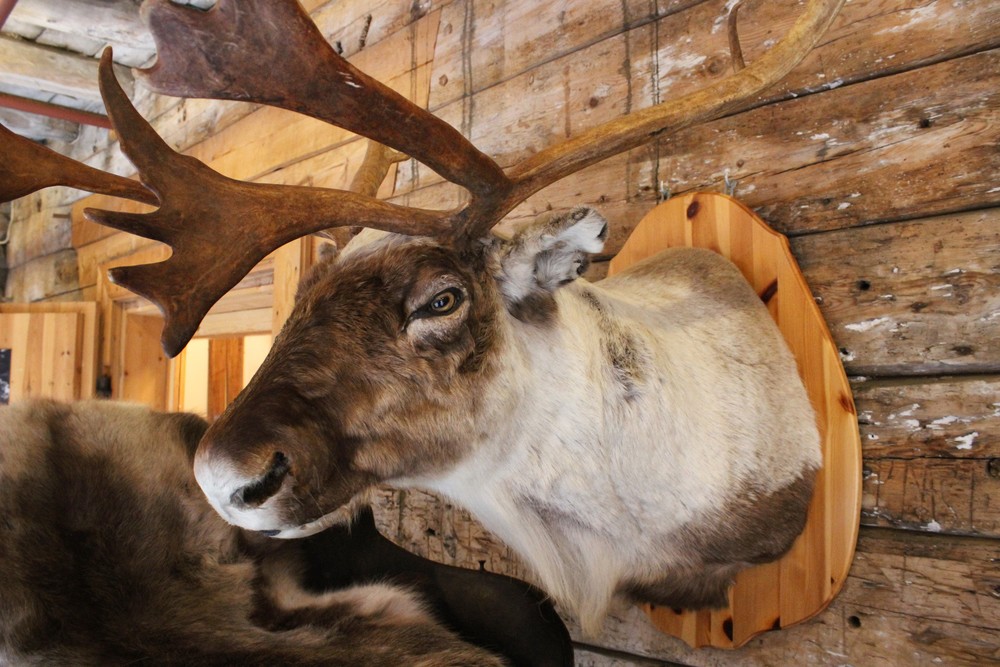 Unfortunately, because it was Easter weekend, very few of the shops and restaurants were open. Just a few souvenir shops and fast food. The souvenir shops had some great looking reindeer fur and Nordic print sweaters, but they were way overpriced. The sale price for a sweater was £200! I guess I’ll have to find another way to get my fair isle fix. 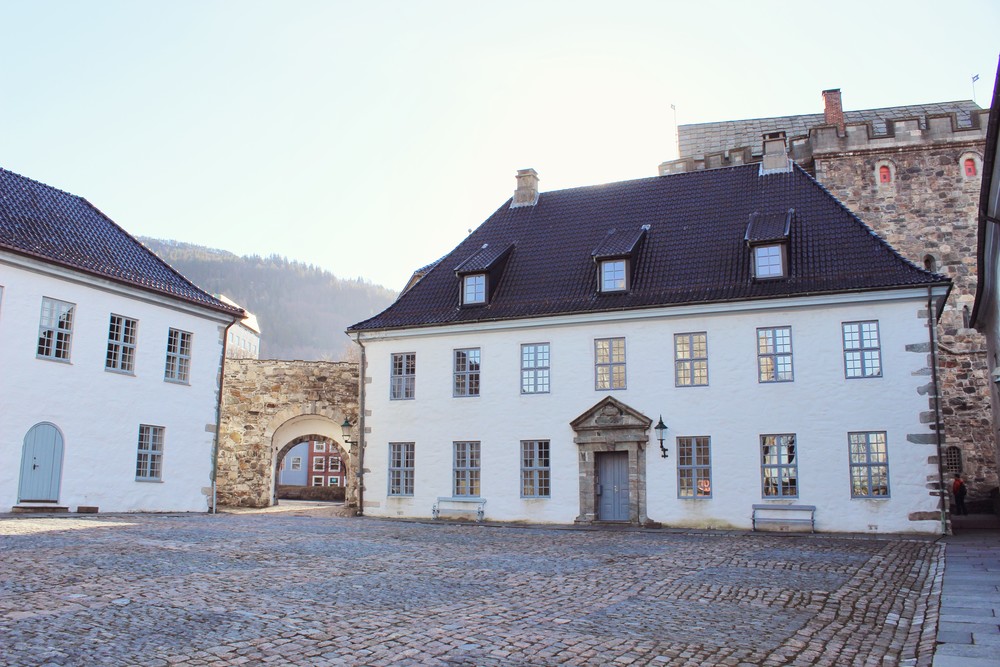 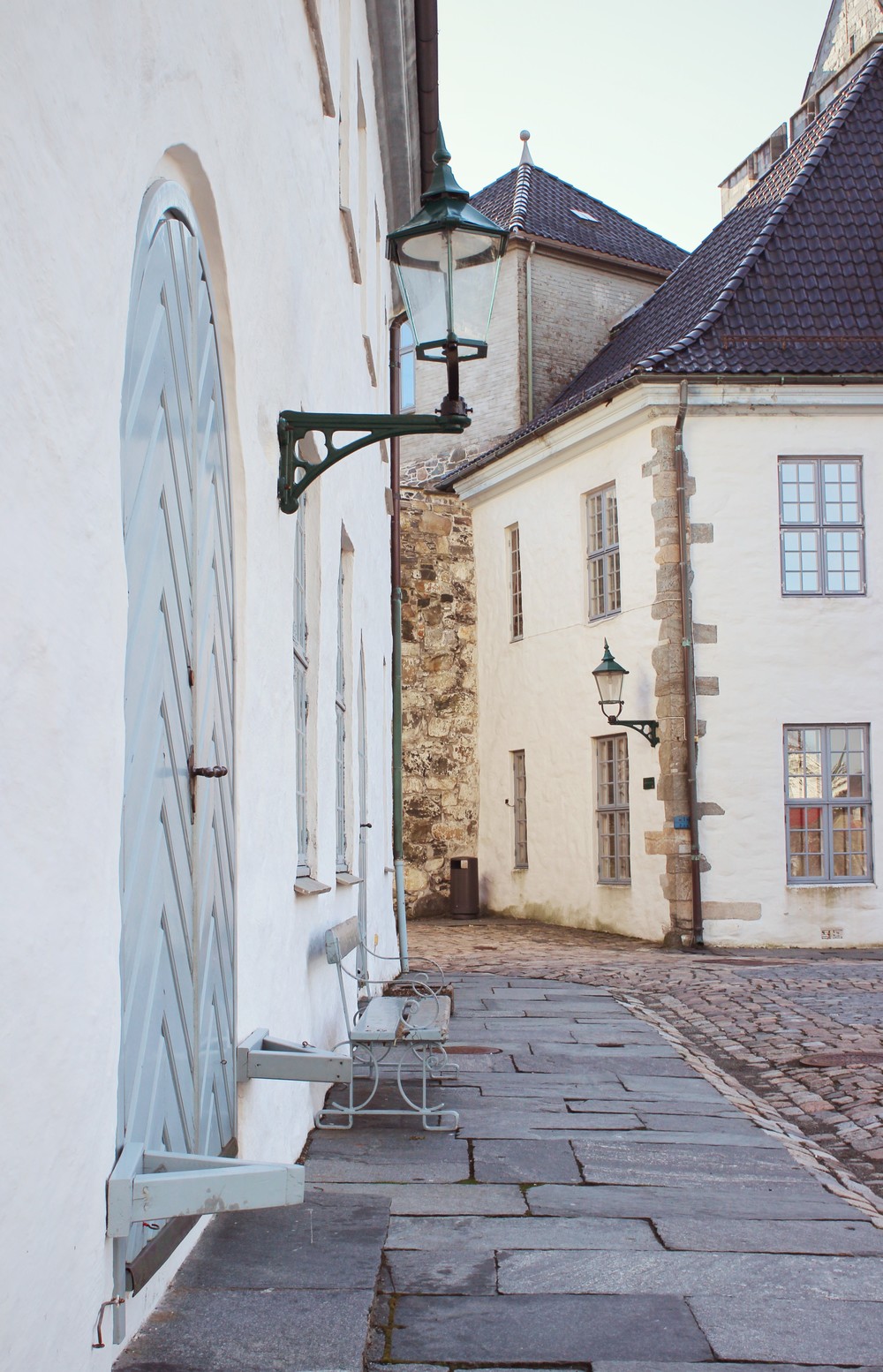 On the way back to our hotel, we noticed this interesting looking building, so we decided to check it out. Apparently, it’s called the Bergenhus Fortress and it is one of the oldest and best preserved castles in Norway. 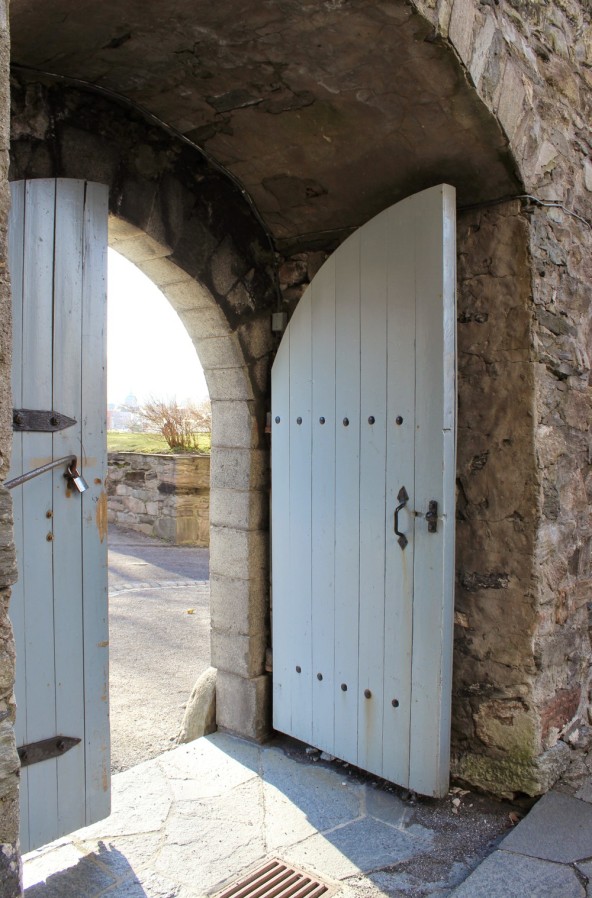 Parts of the fortress date back to the 13th century, but the enclosed area was added in the early 19th century. In 1217, when Bergen was named the capital of Norway, the Rosenkrantz Tower within the fortress served as the home of Norway’s kings until 1299. We were so glad to have stumbled upon it. 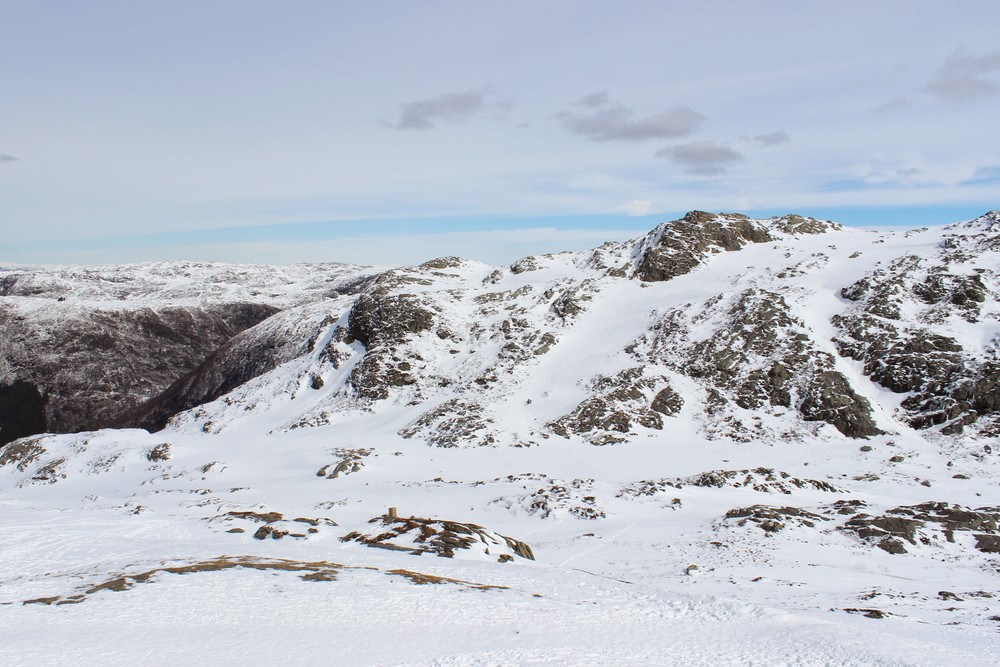 For one last view of Bergen, we took a cable car to the top of Mount Ulriken, the tallest of the seven mountains surrounding Bergen. It was so slippery and snowy at the top! But we were glad to finally see some snow. This is basically the only snow we’ve seen all winter. 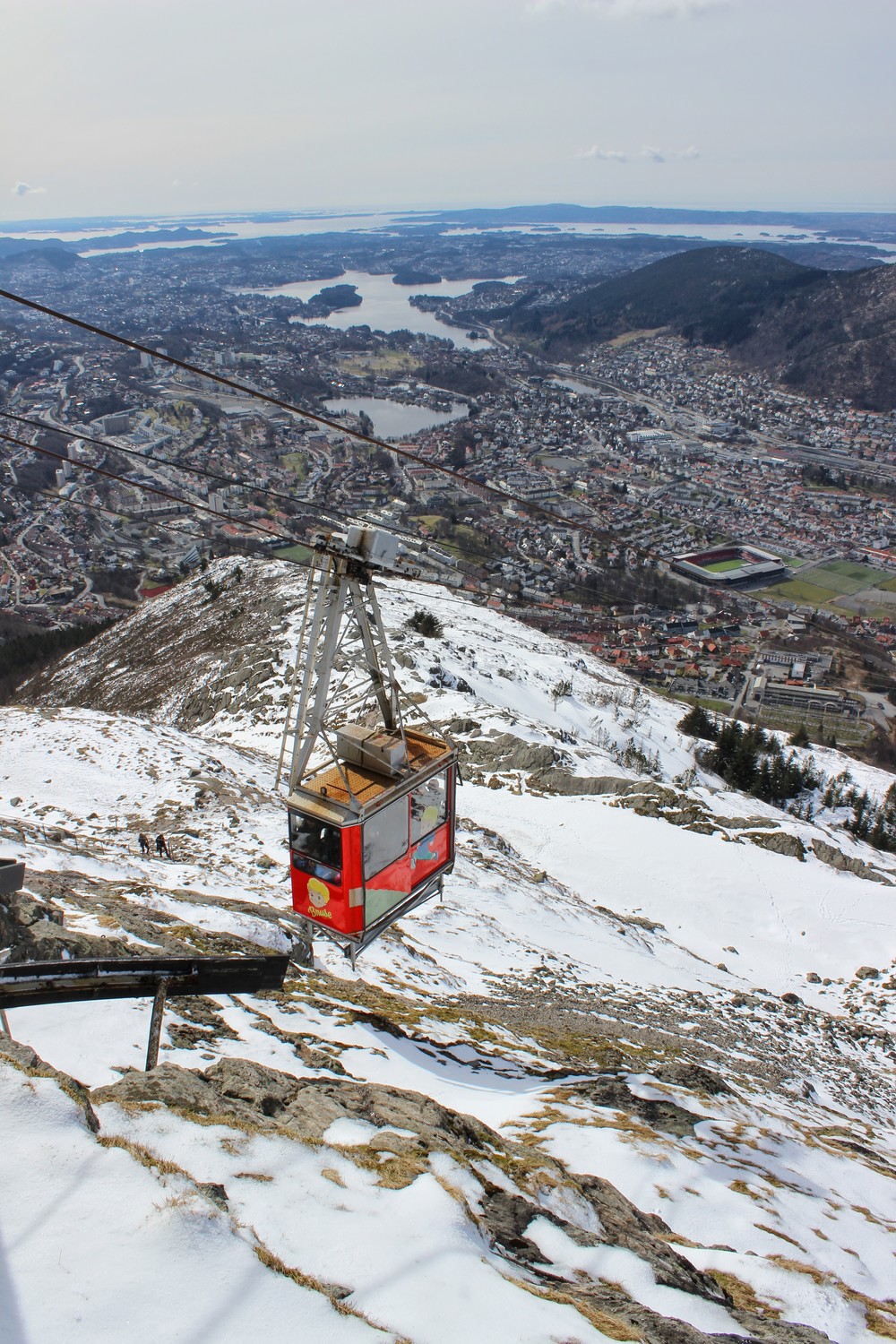 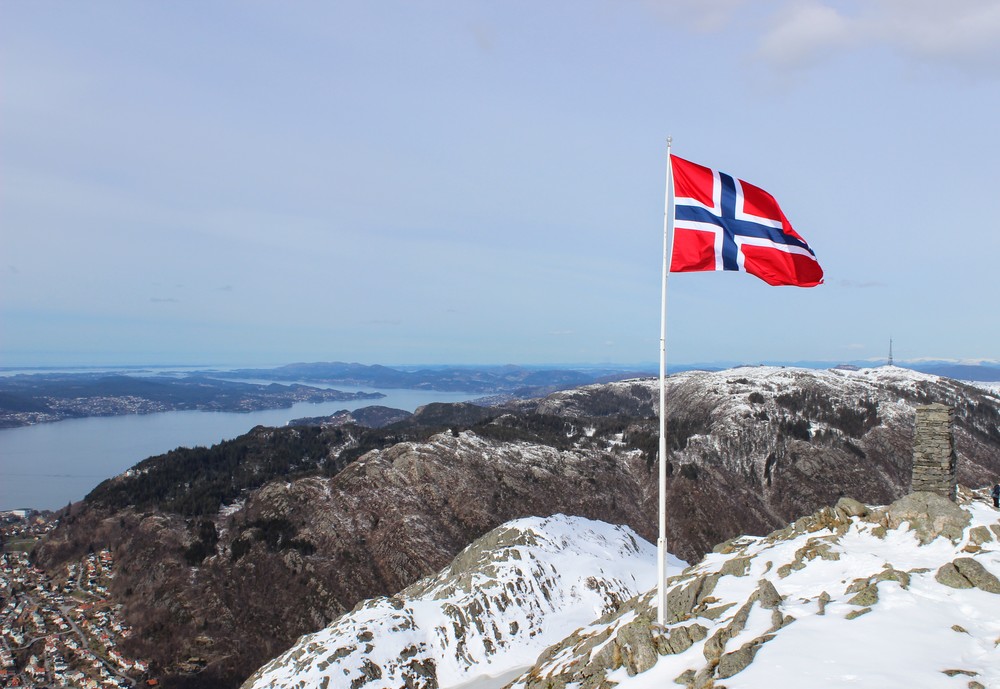 We also ate a late lunch at the restaurant at the top, Skyskraperen. George got the fish soup and I got the fish of the day (they didn’t know what to call it in English, but it was a mild white fish). All the fish we had on our trip was both delicious and fresh. We didn’t get the chance to try the Lutefisk, though, so that will have to wait until next time.

One thought on “Norway, Part I: Bergen”