The English Lake District, also known as Lakeland, is a mountainous region in North West England and home to England’s highest mountain, Scafell Pike. It also seems to be one of the Brits favorite weekend destinations and it is not hard to see why. Outside Scotland and Wales, it doesn’t get much better than this in terms of scenery and outdoor activities.

First, we went to Tarn Hows near Coniston and took a short walk around the area. There is parking right near the lake and the path itself is wheelchair accessible, so it was very easy to find and get around. Of course, we love adventuring off the beaten path, but this was a good starting point. 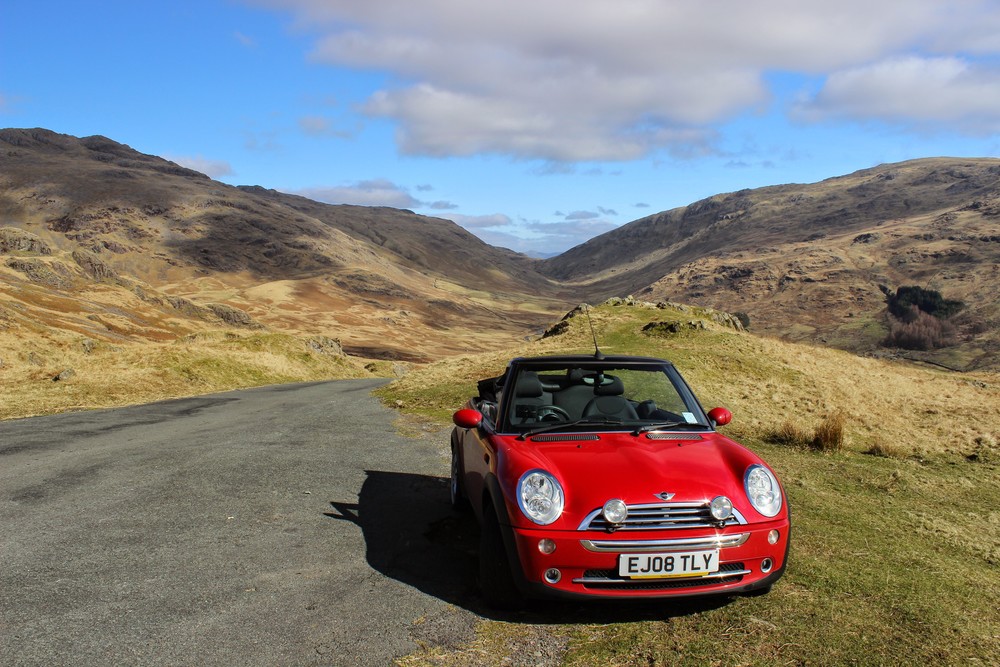 Later in the day, we decided to take on the Wrynose and Hardknott passes, the two most outrageous roads in Britain and definitely two of the most dangerous roads I’ve ever encountered. It was extremely steep at points and I wasn’t sure if our little car would make it, but we persevered. Oh and the passes are also single track roads. Apparently, there are remains of a Roman Fort at Hardknott, but we missed it because it was not marked in any way.

With the top down on our convertible and us driving so slowly because of the hairpin turns, it felt like we were on a sheep safari. These sheep were not fenced in at all and sometimes were just hanging out in the middle of the road. It was great! I mean, that is what everyone expects to happen to them when they come to the British Isles, right? 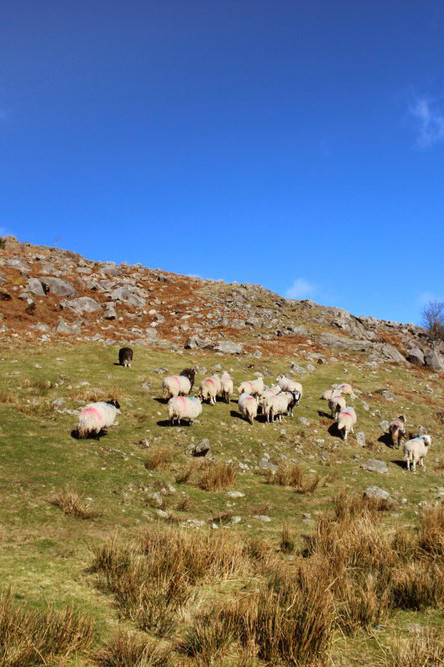 We even saw some lambs, although at the time, we were on a bigger highway making our way to the northern part of the Lake District, which is where we spent the night on Saturday. But we made one final stop before calling it a day at Castlerigg Stone Circle.

Castlerigg is a little smaller than Stonehenge and not quite as iconic, but we loved it because of the awesome view and because you’re free to wander around the stones, touch them, climb on them…whatever you want! Having been constructed around 3000 BC, it is thought to be one of the oldest stone circles in the country. However, its purpose is still a mystery as there have never been excavations below the surface of the monument.

On a different note, I’m starting to think we have the best timing ever in terms of tourist rushes. It seems as though whenever we visit a place, we have it to ourselves and only as we are on our way out, a huge group of people is on their way in. I’m sure that will all change when summer comes, but for now we are really enjoying it.

2 thoughts on “The Lake District: Day 1”