Now that we are finished setting up our new home (complete with internet, as of today), we’ve set out to explore as much as possible while we’re here. First place on the agenda: Bath, England. Bath is, like the name suggests, famous for its Roman baths and as far as English cities go, is more reminiscent of a European city like Paris or Rome…only smaller. George and I both decided it is our favorite place we’ve been in England, so far.

Unfortunately, you can’t get in the water at the Roman baths, but you can spend a few hours in the rooftop pool at Thermae, the only place in the UK where you can bathe in the thermal water from a natural hot spring.

You’re not even supposed to touch the water at the Roman baths, but obviously we did! It was the perfect temperature. You can also drink the water at the end of your tour. It tastes like well water.

For an afternoon snack, we went to the oldest house in Bath for the famous Sally Lunn’s Buns. We had never heard of them before. They are just really big buns and you are actually only served half a bun. I had the Bath Cream Tea, which came with a Sally Lunn Bun topped with cinnamon butter and clotted cream. Very tasty. 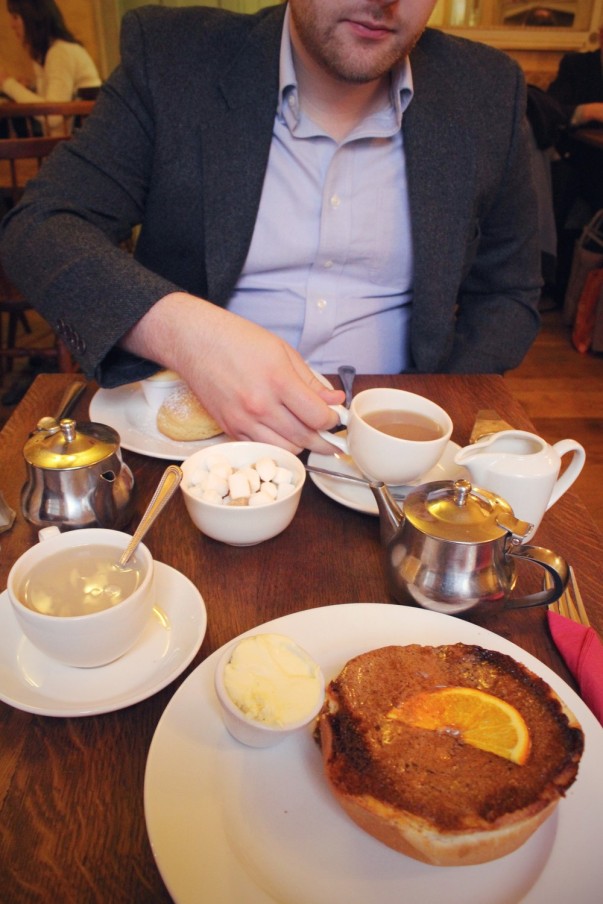 The next day, we discovered the Royal Crescent and the Circus, both of which were cool to see because they are often used as film sets and period films are a guilty pleasure of mine. We also checked out the Assembly Rooms which were at the heart of fashionable Georgian society, and were used as a gathering place for parties and dancing. 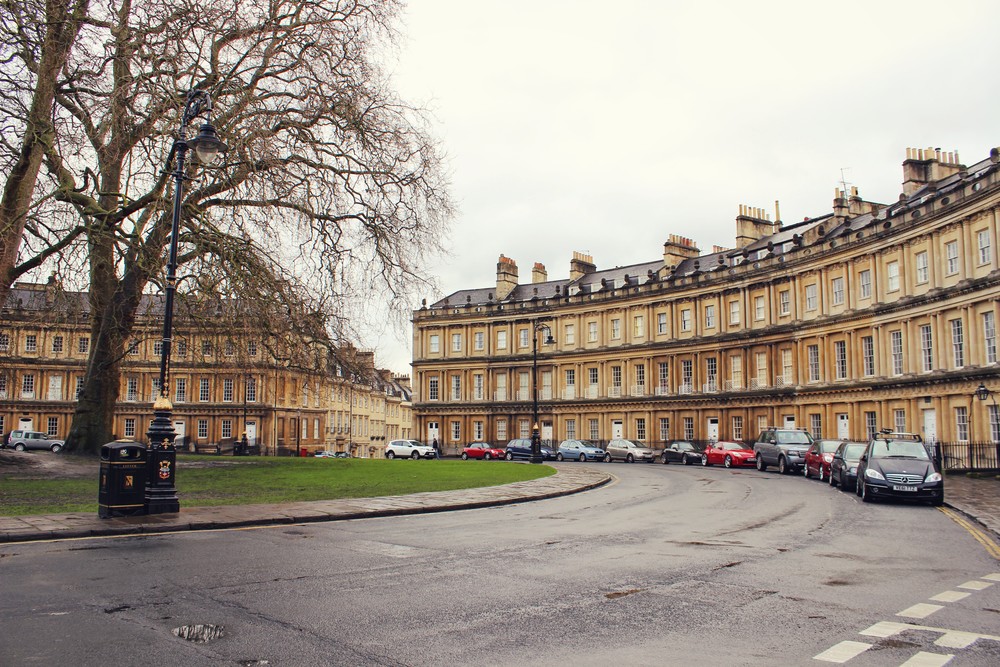 Lastly, we had more tea at a place called Bea’s Vintage Tea Rooms. Afternoon Tea, to be exact. And even though it was a smaller portion than usual, I still couldn’t finish it. Regardless, they are in the lead so far, for best Afternoon Tea. I think I’m becoming addicted to tea. But I never really liked coffee anyway, so this could be a good thing.